Honda Cars India Limited, a wholly owned subsidiary of the Japanese auto maker Honda, is looking at launching as many as 4 new models in the domestic car market by the end of 2015. The company is targeting a bigger share of the Indian auto sector and its intentions were made public by a senior official on June 26, 2013 in Chennai. 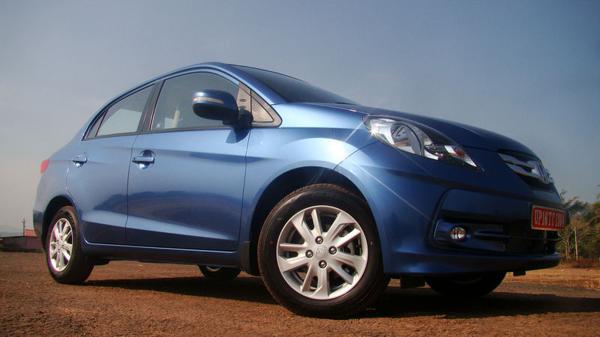 As per Jnaneswar Sen, the Indian arm of Honda is mulling at the idea of introducing an updated version of its premium hatch Jazz, a 7-seater Multi Purpose Vehicle (MPV) and a compact Sports Utility Vehicle (SUV). He said that the company will also launch an upgraded variant of its best selling City mid-size sedan in the domestic car market. Jnaneswar Sen is the Senior Vice President (VP) of Sales and Marketing at Honda Cars India Limited.

At present, the Japanese car maker has just 5 cars in its domestic product portfolio, including the likes of premium hatchback Brio, entry level compact sedan Amaze, mid-size sedan City, luxury sedan Accord and the premium SUV CR-V. Of the aforementioned 5 models, Honda Amaze range is the company's sole offering available in both petrol and diesel powered guises in the country.

In an interaction with few press reporters in Chennai regarding the upcoming new models Jnaneswar Sen was quoted as saying, “We are planning to launch four more models. We will start with next generation Jazz, two new models in new segments - a seven seater MPV and a compact SUV - and an upgraded City.” When enquired about his take on Indian auto sector suffering drop in sales over the last seven consecutive months, Sen affirmed that Honda Cars India reported a 35 per cent surge in sales during the fiscal ended on March 31, 2013.

Reportedly, the company managed a 35 per cent in vehicle sales at 73,483 units during the 2012-13 fiscal, a sharp increase from just 54,427 units sold in corresponding year-ago period. For the current 2013-14 financial year, Honda Cars India is aiming to sell close to 1 lakh units. Sen also added that the company is planning to improve its sales network on the Indian turf and will have 162 retail outlets by the end of ongoing financial year. At present, Honda Cars India has around 150 dealerships across length and breadth of the country.