Hero MotoCorp, the world’s largest two-wheeler manufacturer, has launched a special edition version of its Splendor Pro motorcycle, called ‘Gold’ in the domestic market. As per reports, the company is celebrating the 20th anniversary of Splendor bike range in India with its new offering. The Hero Splendor Pro Gold motorcycle is available at an introductory price tag of Rs. 48,500 (in the ex-showrooms of New Delhi). 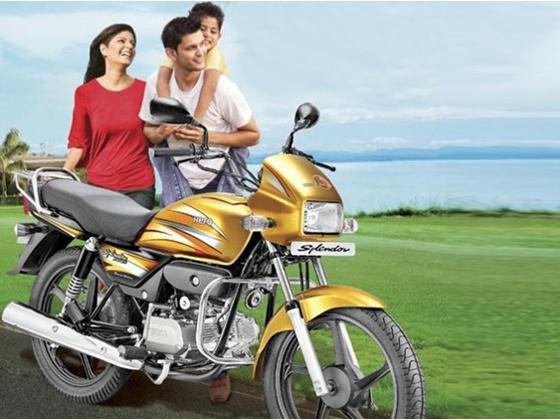 The launch of Splendor Pro Gold special edition comes within days after Hero MotoCorp’s stiffest rival- Honda Motorcycle & Scooters India introduced their new Dream Neo bike in the domestic two-wheeler market. Both Dream Neo and Splendor Pro compete in the entry level bike segment and their arrivals have certainly stirred competition in the segment. Honda Dream Neo has the edge over Splendor Pro Gold in terms of pricing with a retail value of Rs. 43,150. However, Hero MotoCorp’s Splendor bike range still remains the largest selling motorcycle brand in the world.

The new Splendor Pro Gold bike comes in a nice looking gold paint and flaunts ‘Special Edition’ decals. The entry level motorcycle is powered by a 97.2 cc engine, borrowed from the stock Splendor that produces 7.6 bhp of peak power output, along with 8.04 Nm of torque. This Pro Gold Special Edition version comes fitted with enticing additional attributes, such as alloy wheels and self start option. The company has claimed that this bike delivers a class leading mileage figure of 79 kmpl. On the other hand, Honda Dream Neo is rated with a fuel economy figure of 74 kmpl.

The Splendor motorcycle was introduced to the Indian scene about 20 years back in the year 1993 and remains the longest selling bike in the two-wheeler market. Evidently, Hero MotoCorp took no time in bringing the Splendor Pro Gold post the launch of Honda’s Dream Neo in India. The entry level bike is the top grossing segment in the two-wheeler sector, which explains its importance to Hero MotoCorp and Honda Motorcycle & Scooter India. Industry experts are expecting some fireworks in the market, as Splendor Pro Gold takes on Dream Neo and other rivals in this category of motorcycles.