Hero Honda has posted its best performance in its 25-year past history. At times when most of the auto manufacturers are facing the worst crisis of their lifetime, Hero Honda has posted a 12 percent growth to 33 lakh units in the first 11 months of this fiscal year. Hero Honda is the world’s largest two-wheeler manufacturer since past eight months. It has managed to hold its head high even in the worst economic times faced by the auto industry. On the other hand, its competitors like Bajaj Auto and TVS Motors have reported negative sales growth in India. 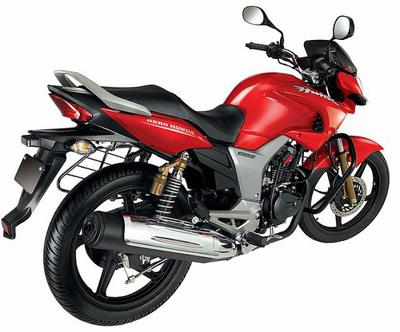 Hero Honda is the only auto major in India which has managed to post positive sales growth in the country. In December 2008 quarter, it posted highest ever sales in past three years. Its net profit rose 9.24% to Rs 300.42 crore for the quarter while its total turnover rose 5% to Rs 2,881.27 crore.

Hero Honda Motors Ltd. has also reported a 24% increase in total sales for the month of February 2009, at 329,055 units, as compared to 265,431 units in February 2008. The company, which now has a 56% market share in the domestic motorcycle market, recently launched a special edition variant of its 150cc bike – the Hunk – to celebrate its 25th Anniversary.