Polaris, a well appreciated American ATV maker, has received its first commercial order for off-road vehicles from India. Reportedly, Gujarat Police has placed an order for Ranger RZR S 800 and will be using it for the routine patrol in the inaccessible regions, on coastal areas, on rough terrain, in high security zones and rapid off-road pursuit operations, among others. It must be noted that Polaris will be offering on as well as off site training, after sales support and maintenance solutions to the Gujarat Police for Ranger RZR S 800. 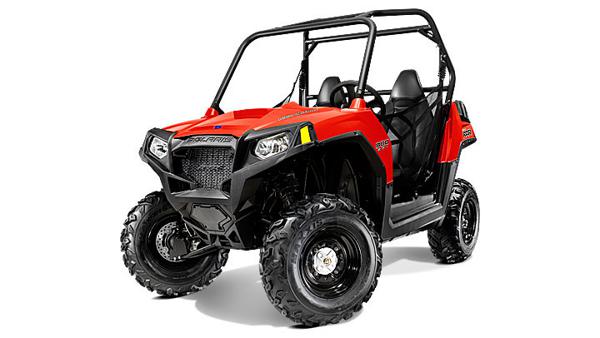 Talking on this development, the Managing Director of Polaris India, Pankaj Dubey was quoted as saying, “ATVs are utilised by police forces across the globe. This is for the first time our ATVs will be used by Police in India. Our vehicles are sturdy, reliable and effective over the toughest of terrains. This is an opportunity for us to showcase the range of Polaris ATVs & ORVs unmatched ruggedness and versatility in harsh, hostile and demanding conditions and also demonstrate the strong after sales support. We at Polaris are proud to have the Gujarat Police Force, induce Polaris ATVs.”

Reportedly, the model will be powered with a performance oriented fuel injected petrol engine, which has a displacement of 760 cc. The maximum power churned out by this powertrain stands at around 50 bhp and sprints between 0-100 kmph within just 4.5 seconds. In order to channelise the produced output to all the four wheels of Ranger RZR S 800, its engine has been assimilated with an automatic transmission system. Industry experts are of a view that these figures will surely facilitate the upcoming Polaris model in the territory of sports cars.