The grey market for Super bikes had flourished in India so far but it seems to wane in the wake of present launches by the automobile manufacturers in India. Nearly every bike maker, including Yamaha and Honda, are now launching their super bike models in the country. The price of these bikes is around Rs. 8.5 lakh in the grey market while these bikes are priced between Rs. 10-13 lakh in showrooms. 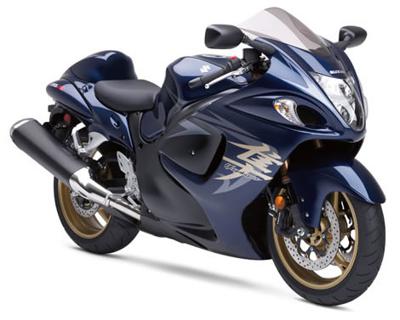 According to Naresh Kumar Rattan, Operating Head (Sales & Marketing) And General Manager, Honda Motorcycle & Scooters India, India is witnessing an emergence of sports bike tradition which is still at a very nascent stage. This segment will see a further boost with plans to launch a Formula 1 racing track in the country. After the emergence of the racing track, this segment will lend support to the racing society in India.

Suzuki has traded 50 units of the Hayabusa and 24 units of the Intruder within a period of four months of its entry in December 2008. Further Yamaha has sold 120 units from its entry in December 2007. In Europe and the US; nearly 8 lakh super bikes are sold annually. Japanese super bikes have so far dominated the grey market and sell about 500 units annually. Currently, Yamaha sells a total of around 250 units annually in India and Honda intends to sell at least 100 units in the current year.

Scooped - Spy Pictures of New Sedan from Ford Any Guesses?