Many people will link Clint Eastwood to Western movies, horses and guns. Not in the movie, Gran Torino.

The movie centres around a class Gran Torino car from 1972, which is why we are writing about it here for the movie and car fans among you! 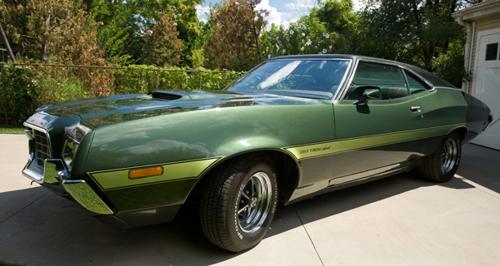 The movie is about Walt Kowalski, a widower, living in Michigan. Kowalski is a grumpy, tough-minded, unhappy old man, who can't get along with either his kids or his neighbors, a Korean War veteran whose prize possession is a 1972 Gran Torino. When his neighbor Thao, a young teenager, tries to steal his Gran Torino, Kowalski sets out to reform the youth.

Drawn against his will into the life of Thao's family, Kowalski is soon taking steps to protect them from the gangs that infest their neighborhood.

Clint Eastwood is know for his quotes in various movies. Take a look at the following quotes, which you may recall. 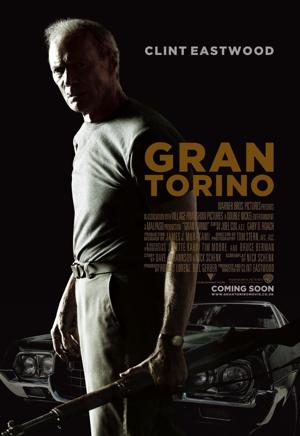 From Harry Callahan in Dirty Harry to Walt Kowalski in Gran Torino, the indelible characters of Clint Eastwood have one thing in common: a blunt yet powerful way with words. Here are 10 memorable quotes from some of the actor/director’s classic films.

“Tell me, isn't the sheriff supposed to be courageous, loyal, and above all, honest? …I think you people need a new sheriff.” – Man with No Name, For a Few Dollars More (1965)

“You see, in this world there’s two kinds of people, my friend: Those with loaded guns, and those who dig. You dig.” – Man with No Name, The Good, the Bad and the Ugly (1966)

“I know what you’re thinking: ‘Did he fire six shots or only five?’ Well, to tell you the truth, in all this excitement I’ve kind of lost track myself. But being as this is a .44 Magnum, the most powerful handgun in the world, and would blow your head clean off, you’ve got to ask yourself one question: ‘Do I feel lucky?’ Well … do ya, punk?” – Harry Callahan, Dirty Harry (1971)

“Nothing wrong with shooting as long as the right people get shot.” – Harry Callahan, Magnum Force (1973)

“Somebody left the door open and the wrong dogs came home.” – The Stranger, High Plains Drifter (1973)

“Now, remember, things look bad and it looks like you’re not gonna make it, then you gotta get mean – I mean plumb, mad-dog mean. ‘Cause if you lose your head and you give up, then you neither live nor win. That’s just the way it is.” – Josey Wales, The Outlaw Josey Wales (1976)

“Ever notice how you come across somebody once in a while you shouldn’t have messed with? That’s me.” – Walt Kowalski, Gran Torino (2008)