General Motors is getting ready for its upcoming launches in India. It intends to launch its mini-car- based on GM Beat in India by the end of this year. It has recently launched the LPG version of its small car Chevrolet Spark in India. This car has also been manufactured on Beat concept but the new mini car will not replace Spark in India. 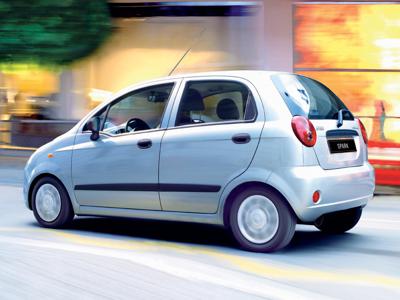 General Motors has its manufacturing unit in Talegaon in Maharashtra where it manufactures Spark. The new mini car is expected to be priced above Rs. 4 lakh and will be christened under a different name. This new car from GM’s stable will be pitted against Hyundai i20, Maruti A-Star, Fiat Palio and Tata Indica Vista. According to a senior GM official, the power train for the new mini car will be sourced from company’s new engine facility and the new stamping facility at Talegaon. The car will have 70 percent localized components which will keep the costs under check and make the model more competitive in the Indian market. The new car has been codenamed as M300 and the company aims to export the model to Asia-Pacific region as well.