The Geneva Motor Show is done and we got to see quite a few conventional cars as well as some special surprises. They are cars from small manufacturers and are niche products. 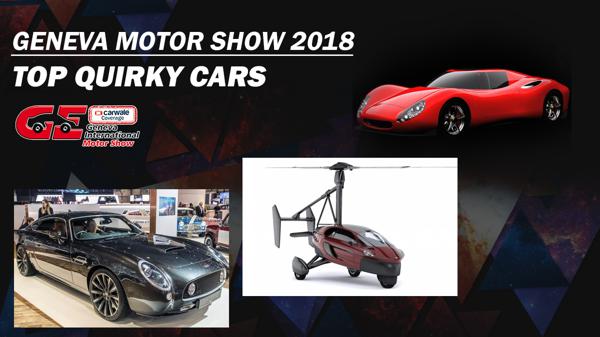 Corbellati Missile
Another day and another manufacturer attempting to build a machine that will break the 400kmph barrier. While this may sound increasingly common, what we like about the Corbellati Missile is that it’s got a massive engine at the back, a six-speed manual gearbox and looks that GO along the lines of the original Le Mans winning Ford GT from the 1960s.

Pal-V Liberty
There are small cars, big cars, sports cars, hyper cars and then there is this, which is a flying car! The Pal-V Liberty is part Osprey and part racing car. Despite being in a certification stage, the company has said that it has a range of 500km, maximum climb height of 3500m and you need a pilot’s license to be able to legally operate it.

Sin S1
It’s advertised as a affordable modular car. This means that with the Sin S1, unlike its hybrid and supercar siblings (Sin R1), you can remove the top hat off the chassis and change the body style! You can change the interiors, engines and obviously the badges too.