General Motors, the well appreciated American auto maker, has announced a recall for its Chevrolet Tavera Multi Purpose Vehicle (MPV), which have been produced between 2005 and 2013. Reportedly, this recall will comprise 1.14 lakh units and will address specification and emissions issues in both the models. It must be noted that the auto maker had informed the authorities of Indian government regarding the emission issues, which was reported in the Tavera BSIII. Along with, the Tavera BSIV model was facing glitches while meeting certain specifications. 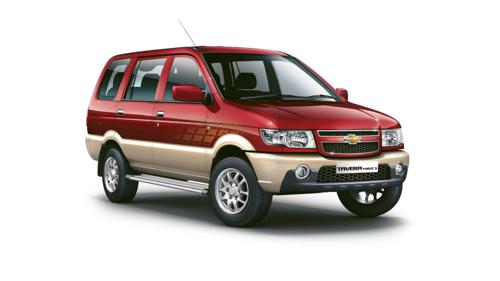 In a official statement, the company said, “General Motors India (GMI)... is voluntarily recalling the Chevrolet Tavera BS3 (2.5L variant) and BS4 (2.0L variant) from model years 2005-2013 to address emissions and specification issues. After the proposed solution receives approval from authorities, General Motors will resume Tavera production and sale, and move forward with its recall and customer notification plan for both the BSIII and BSIV models.”

Interestingly, all the 1,14,000 units will be repaired for free at 280 dealerships of Chevrolet India. The Indian arm of General Motors stopped the sale and production of its Tavera BSIV on July 2 and Tavera BSIII on June 4. However, it must be noted that these issues are not related with the safety. Explaining the recall, the company said that it has looked for a solution to the problems and therefore, has come up with the required engineering validation. The American auto maker further said that it will notify customers that when they have to bring their models for service.

Expressing his views at the recall, the President and Managing Director of the company, Lowell Paddock was quoted as saying, “Our customers are at the centre of everything we do. Exceeding their expectations begins with designing, building and selling the world's best vehicles that endure over time.”

It must be noted that in June 2013, the company officially declared that it was temporarily suspending the manufacturing of Tavera and the diesel guise of both the sedan and hatchback versions of Sail model. The reason cited for this move was quality control issues. However in the case of the Sail, General Motors is still looking to ascertain that how many units are affected with this issue. Following this, industry experts are of a strong view that the recall of Sail model is also in the pipeline of General Motors India.