Bernie Ecclestone, the President and Chief Executive Officer of Formula 1, could be under trouble after being charged with bribery allegations. The 82-year old British businessman might face a trial due to the charges framed by Munich prosecutors. According to the allegations, Ecclestone was involved in the sale of a stake in Formula 1 business to a German banker. The charges say that the Formula 1 Chief paid a sum of $44 million dollars to Gerhard Gribkowsky in the year 2006. These allegations also claim that he made this payment in order to wave through the sale (worth $1.6 billion) of a Formula 1 racing circuit to CVX, a private equity group that has close relations with Ecclestone. 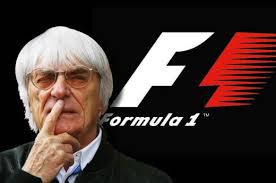 Notably, Gerhard Gribkowsky was handed an eight and a half year prison sentence after he was found guilty. Charges of corruption, breach of trust and tax evasion were proven against Gribkowsky, who largely admitted to the crimes. The Formula 1 Chief has no plans of handing in his resignation despite the controversy surrounding this issue. According to claims made by him, Ecclestone says that he has not done anything illegal.

In an interview, explaining the received indictment, he said, “I have spoken to my lawyers and they have received an indictment, which is being translated into English. We will defend ourselves properly, it is an interesting case, but it is a pity that this has happened.” The 82 year old could be on his way to the prison in case he is proven guilty, which would result in his termination from the post of Formula One Chief Executive Officer and President. Ecclestone has made his stand on the matter quite clear, stating blatantly that he is not guilty. In a recent interview, he was quoted saying, “I am not guilty, but if I am sent to jail, I have to deal with it. I do not think I would particularly like it, but you have to deal with certain things.”

Ecclestone is a highly respected and looked upon figure in the world of motorsport. He has, almost single-handedly, turned Formula 1 into a top business entity in the world of sports. Christian Honer, Team Principal of Red Bull, said, “There is no one better in the role than Bernie - even if nobody has a real idea of exactly what the role involves. The deals, which he still does, are outstanding. Moreover, the main thing is he takes Formula 1 to new countries, which he does with passion and enthusiasm. It is in our interest that he does this job for as long as possible. After him, things will only get worse for our sport. Formula 1 is only what it is because of Bernie Ecclestone.”