Ford India Private Limited, a subsidiary of the American multinational car maker Ford Motor Company, is planning to introduce its much awaited EcoSport compact Sports Utility Vehicle (SUV) with an aggressive price tag in the domestic market. Further, the company is looking to make India its export hub for the EcoSport model, which is yet to see its launch in the country. The localised assembly operation of the compact SUV is expected to earn big dividends for the American auto major in the near future. 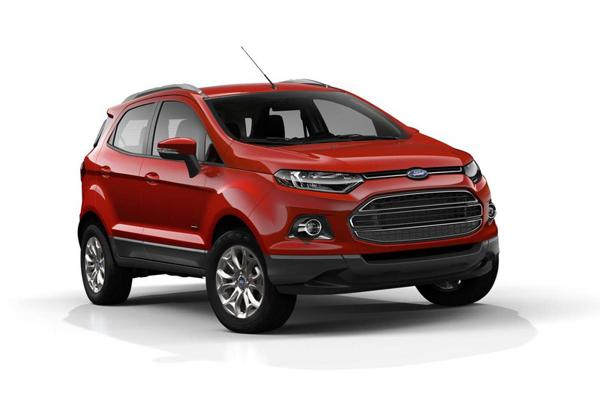 As per industry sources, the company could launch the EcoSport compact SUV with introductory price comparable to the likes of Hyundai i20 and Maruti Suzuki Swift DZire, falling somewhere around Rs. 6 lakh. Evidently, Ford India seems to be following Renault route, as the French auto maker launched its Duster compact SUV with an extremely bold pricing in the domestic market in July 2012. Therefore, the American firm is looking to introduce its EcoSport with even more aggressive price than the Renault Duster, which carries a base price tag of Rs. 7.9 lakh, at the moment.

Commenting on the company's plans with the upcoming EcoSport compact SUV, a senior official at Ford India Private Limited was quoted as saying, “Scale brings in efficiency, it helps companies deliver capacity and get a better rate from the vendors and suppliers; it helps you keep your cost in check in high inflationary scenario and that's what global manufacturers really get to the table, that's what Ford has got to the table, with its ability.”

Ford India is certain that its aggressive plans with Ford EcoSport will help in securing a decent market share in the compact SUV segment of the Indian auto sector. At present, Renault Duster, Mahindra Quanto and Premier Rio are the three models battling it out in the sub-4 metre mini SUV space. The Renault model secures sales around 4,000 to 5,000 units a month, whereas Mahindra & Mahindra sells between 2,000 and 2,500 units of its Quanto each month in the country. Further, Premier Rio is reported to have some problems in attracting domestic buyers and less than 100 units of the compact SUV are sold every month in India.

As per reports, Ford India is planning to assemble 1.5 lakh units of its EcoSport model per year at its Chennai-based manufacturing facility. The American car maker will export somewhere between 40 and 45 per cent of the Indian made EcoSport models to the overseas markets. The company's Chennai facility is to be converted into a global export hub for EcoSport compact SUV, from where it will be shipped to over 50 international markets.