Ford Motors may be facing tough times back home in the US but the Indian operations remain unaffected. The company has decided to go ahead with its scheduled plans in India. It is building a small car based on earlier generation of Fiesta hatchback model. 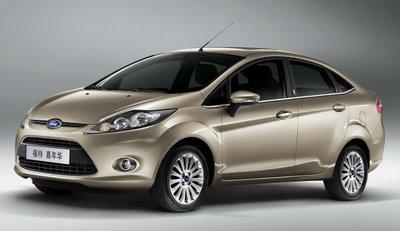 Ford showcased its new Fiesta sedan built on verve platform at the Ghangzou Auto Show in China. It intends to build its new sedan across Asia in China, India and Thailand. The car will make its debut in India by late 2010. According to the company, additional variations of the four-door sedan will be available across Asia and North America.

"This is a sophisticated small car. Design combines with advanced technology to deliver very high levels of refinement, safety and class-leading fuel efficiency. This new Fiesta proves Ford's leadership in small car design and development.” The company has not released detailed technical specifications about the car but it is expected to have the same terrain as the hatchback model.