Indian film actor, Suneil Shetty, will be the brand ambassador for Ford Endeavour launched in India. "The Endeavour has been the highest selling SUV in 2008. This premium SUV is synonymous with style, power, success, performance and adventure, qualities that formed basis for a suitable brand association," Ford India Executive Director Nigel Wark said. "Suneil Shetty is not only a proud Ford customer but embodies these key attributes of the Endeavour perfectly," he added. 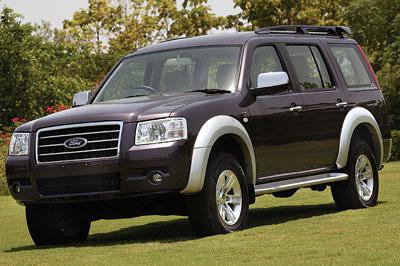 The new campaign for Ford Endeavour will be launched from January 23, 2009 which will showcase the actor with Ford’s model. He has been appointed as the ambassador for the model for a complete year.

"Cars have always ranked high on my priority list and Ford Endeavour is dream come true for any car buff looking for a true blue SUV," Shetty said.

Ducati to Open its First Showroom in India