Ford’s revolutionary upcoming Sports Utility Vehicle (SUV) is currently being featured in a new innovative campaign. This 360-degree campaign is the basis for the launch of the new compact SUV, Ford EcoSport. Titled as ‘EcoSport Urban Discoveries’, this new campaign is encouraging customers to upload pictures of unfamiliar places of their cities on www.ecosportdiscoveries.co.in. Based on votes and creativity of videos, 35 best entrants will be chosen for the next phase of this campaign. 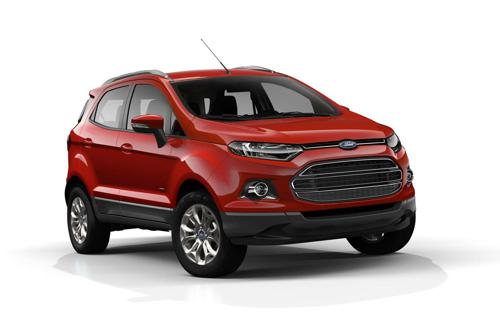 For the second phase, two members will be chosen by each of these 35 entrants to form teams of three. Each team will get keys for the EcoSport, in order to drive to the place of interest as initially recorded in the first phase. Driving experiences of these teams would be recorded and played as videos on social media. During the entire duration, leaders of teams will continue to engage audience through the online platform. Finally, the leader who engages audiences in the best possible manner, winning the maximum number of votes gets to drive home a Ford EcoSport, with his or her team members winning international holidays. Ten lucky followers of the winning team also get to win an iPad each.

This large campaign will be reaching out to a wide customer base across the country, through internet, television and print media. As per Ford India, it is the single largest integrated marketing campaign for the company. Talking about this campaign, Vinay Piparsania, executive director of Marketing, Sales and Service for Ford Indiasaid,“We at Ford believe that real people and their real experiences truly bring the best out in our products. This has inspired us to empower the people of India to set the stage for EcoSport’s launch in the country.EcoSport Urban Discoveries will give over a hundred customers, the opportunity to drive and experience our exciting Ford EcoSport ahead of its market launch. This campaign will help us go further in engaging with our customers and educating them about our upcoming big product.”

The campaign will be hosted through road shows across 12 different cities, namely New Delhi (including NCR), Mumbai (including Navi Mumbai), Bengaluru, Chandigarh, Kochi, Ludhiana, Chennai, Jaipur, Hyderabad, Ahmedabad, Pune and Kolkata, which would cover the four geographical regions. Modular interactive zones with RJs will feature in different malls across these cities.