French auto maker Renault had a bad start in the Indian auto market as its initial cars got an unfavourable response from buyers. However, the launch of Renault Duster marked a major turnaround in its fortunes. This compact Sports Utility Vehicle made an instant impact in the Indian car market, getting positive reviews from critics and buyers alike. It forms a major chunk of the French car maker's generated revenue in India. Duster is spacious, comfortable, fuel efficient, affordable and a suitable car for city traffic conditions. However, the launch of Ford EcoSport has challenged the dominance of Renault Duster as the former is on its way to become the top car in the compact SUV segment. 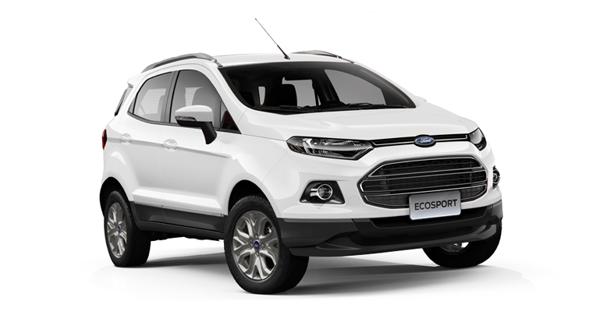 Even before Ford EcoSport was introduced, a lot of hype had been created by tabloids and automobile magazines. Although the success of Ford EcoSport was predictable, its eventual performance exceeded all expectations of the American auto maker. The compact SUV recorded an astonishing 30000 bookings in a space of just 17 days. In fact, such was the demand for the Ford EcoSport that the company had to ask dealerships to stop accepting bookings in order to match supply with the demand. During this time, the firm also survived a minor hiccup when some units of the EcoSport were recalled to rectify a malfunction. Industry experts felt that this incident had the potential to dampen the demand for the car, but nothing like that happened and sales of the Ford EcoSport continued to surge.

According to statistics, Ford India clocked sales of 12338 units in the month of July, which, incredibly, is the highest number it has ever achieved in a month in its 18 years of operation. As a result of these numbers, the company recorded a growth of 48 per cent from its count in the corresponding period last year. The success of the Ford EcoSport has certainly affected the fortunes of the Renault Duster. Reports suggest that Renault sold 3089 units of the Duster in July 2013, which was 31.7 per cent less than the number recorded in the previous month.

The performance of the Ford EcoSport has resulted in a lot of discussions and reports on the compact SUV segment by analysts. Experts have spotted a trend that clearly shows that all car makers want to taste success by introducing their own compact SUVs. This fact can be quantified by the number of compact SUVs that are lined up to enter the Indian car market in coming years. The Nissan Terrano will be introduced soon and has already been spotted doing test rounds in the country. Apart from the Nissan, auto makers like Hyundai and Volkswagen are also contemplating the launch of their respective vehicles for the segment. If sources are to be believed, then these car makers have already started taking concrete steps towards the production of the same.

Industry experts have expressed their views on the future prospect of the Indian car market. They feel that this rivalry in the compact SUV segment is an encouraging sign, which is likely to begin the resurgence of the Indian car market towards stability. With Maruti Suzuki, Renault, Mahindra & Mahindra and Ford already competing, it is not long before other companies jump in as well.