Ford India, the domestic arm of American auto maker, seems all set to offer its much awaited EcoSport compact Sports Utility Vehicle (SUV) to the Indian buyers. The statement is confirmed with the fact that the auto maker has officially started accepting the advanced bookings for its upcoming model. However, it must be noted that the exact launch date of the model is yet not revealed by the auto maker. 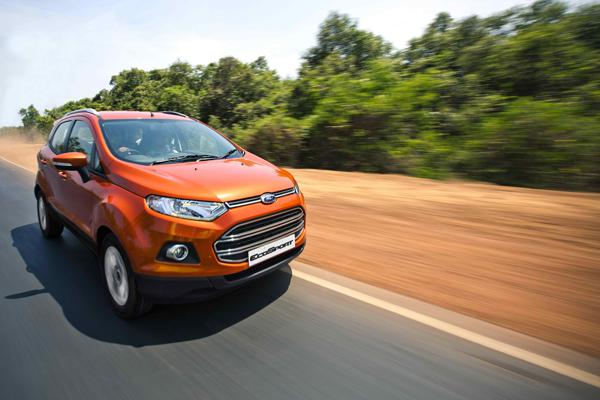 In an official statement, the American car maker announced that all of its dealerships across the country have started taking bookings for the upcoming EcoSport. Coming to the launch of the model, the event is expected to take place in the first week of July 2013. The official Facebook page of Ford EcoSport has stated that the company's dealers are now accepting bookings and the interested individuals can book the model by paying just Rs. 50,000. Since the auto maker has officially declared this news, it is quite evident that the launch of this model is not too far.

Sources close to the development process have stated that Ford India will be launching the new EcoSport in four different trim levels, namely Ambiente, Trend, Titanium and Titanium Optional. Speaking on the technical terms, the yet-to-be launched model will be offered in three different engine options, 1.5 litre petrol, 1.5 litre diesel and the much fawned upon 1.0 litre EcoBoost. Interestingly, EcoBoost engine has been awarded on the international platform for its brilliant performance. Reportedly, it will churn out a maximum power of 122 bhp, along with a highest torque of 170 Nm. Adding to the performance of this engine, it will come mated to a five-speed manual gearbox, which will offer smooth shifts between the gears.

Although the power output of the model is quite overwhelming, it does not lag on the grounds of fuel economy. As per ASAI certification, EcoSport will cover a distance of 18.9 kmpl. Industry experts are of a view that individuals looking to buy Ford EcoSport must rush out to the company's dealerships as it may replicate the success story of Mahindra XUV500, when the auto maker was forced to discontinue the delivery status of the model.

Tata Motors Group worldwide wholesales stood at 81,783 units during May 2013