Ford Aspire facelift launch within the next few months

A facelifted version of the Ford Aspire is expected to be launched very soon for the Indian market. It’s the first major update for the American automaker’s compact sedan since its launch in 2015. The updates are expected to be along the lines of everything that debuted on the Freestyle compact crossover earlier this year. Besides, there is also the fact that this car has debuted in a lengthier form in the Brazilian market as the Ford Ka sedan. 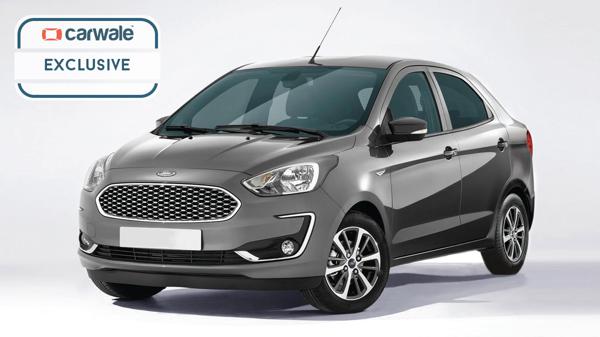 The oval grille now gets full chrome treatment while the front and rear bumpers have updated for a sportier appearance. The front one even gets the same vertical elements between the fog lamps and headlamps but where the Freestyle’s has been painted in black, the Aspire will get it in chrome.

The Brazilian market gets exactly the same cabin as the Freestyle and that is expected to continue for the Indian market albeit with a slight change. Instead of the chocolate brown over black seen in the Freestyle, we expect that the Aspire will continue with beige over black. This is a segment standard colour combination which the Dzire, Amaze, Xcent and Ameo all sport it in one form or another.

The Aspire will be the second car to get the 1.2-litre three-cylinder Dragon petrol engine. This engine produces 95bhp/120Nm and is mated to a five-speed manual sending power to the front wheels. The AT option for the Aspire will involve the same 1.5-litre unit with the six-speed AT as is available in the EcoSport. This engine produces 121bhp/150Nm making it the most powerful AT in the segment.

The Aspire will finally get a touchscreen system and this will be the SYNC3 system seen in the Aspire. It’s a huge step up from the current car’s offerings and will definitely be a major value addition to the compact sedan.