Fast & Furious 6, the latest instalment in the speed action movie series, is set for its Indian release on May 24, 2013. The upcoming flick promises to be full of intense racing sequences and action mayhem throughout its length. The Indian fans of the Fast & Furious movies are keeping their fingers crossed, for what is believed to be the most engrossing and action-packed sequel in the series. 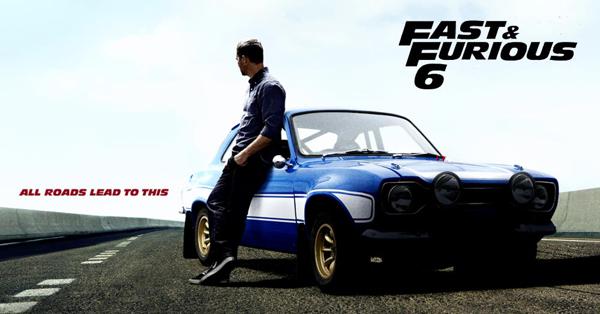 Fast & Furious 6 again brings together the hit male lead combo of Vin Diesel and Paul Walker as Dominic Torreto and Brian O'Conner. However, this time Luke Evans and Jason Statham (of 'Transporter' and 'Death Race' fame) are also included in the star studded cast of the movie. Dwayne Johnson returns as the FBI agent Luke Cobbs, while Jordana Brewster (Mia Toretto) and Michelle Rodriguez (Letty Ortiz) are paired against Walker and Diesel, respectively.

The supporting cast members of the Fast & Furious 6, comprises Chris 'Ludacris' Bridges as Tej Parker, Tyrese Gibson as Roman Pearce, Gina Carano as Riley, Sung Kang as Han, Elsa Pataky as Elena Neves and Gal Gadot as Gisele Harabo. The sixth movie in the Fast & Furious series is directed by Justin Lin, who has now directed four movies in this franchise. Lin was brought in as the director for the Fast & Furious: Tokyo Drift (released in 2006) and later he went on to direct the fourth (2009), fifth (2011) and sixth (2013) parts of the series.

Fast & Furious 6 has it all with airplanes, jeeps, trucks, military tanks and super cars thrown around in its high level graphics animation driven action sequences. Many are real and many are graphics-based, but the viewer would find it a little difficult in identifying which is what. There is a scene where an Alpha Romeo 8C Spider chases a cargo airplane, while Diesel's favourite Dodge Charger rips apart and blasts through the plane's nose.

Mercedes-Benz opens the doors of 'Silver Arrows', its first store in Noida