Nissan India, the Japanese auto marque, seems to be planning for the launch of a reworked version of its Evalia Multi Purpose Vehicle (MPV) for the domestic auto market. Industry experts are of a view the upcoming model will witness the Indian daylight by the end of current year. Reportedly, the model will feature a number of additions and improvements, which will make it more attractive and upmarket. Industry experts are of a view that the current generation model of Evalia has been accepted as a van rather than a utility vehicle for the use by individuals. Being a result, the Japanese company failed to report decent sales figures for the model with an average of close to 177 units per month between January and May 2013. 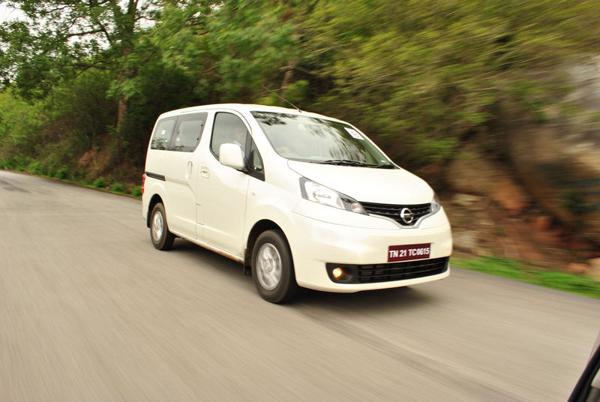 On the other hand, Toyota India reported monthly sales of around 5,670 units for its iconic Innova MPV during the same period. Sources close to the development process revealed that Nissan India will introduce its new model with a number of cutting edge features, which will surely make the upcoming Evalia feel more premium. Reportedly, the basic bench-like middle row will be replaced with an option of captain seats, featuring improved fabrics and superior upholstery, in order to make it plusher.

The quality of plastics at all around the interiors is also expected to be enhanced, accompanied by richer materials and additional features. It must be noted that the biggest complaint from the buyers of Nissan Evalia was the fixed middle window, which is expected to be re-engineered to make it slide in the new generation model. Along with a number of changes at interiors, the 2013 Evalia is also anticipated to feature few cosmetic overhauls at exteriors. The launch of a reworked model of Evalia is expected to set new standards in the MPV segment of the Indian auto industry and completely stir the competition. At present, Evalia mainly squares off against the likes of Toyota Innova and Tata Aria.