General Motors India, the domestic arm of American auto maker, has silently introduced a refreshed model of its flagship premium hatchback Beat in the country. Reportedly, the new model features minute upgrades at its interiors. In the new Beat, the auto maker has added two new features, which were earlier missing from the model. Seat height adjuster at the driver’s seat and silver accents on the dashboard as well as steering wheel are the two new advancements introduced in the newly launched model. 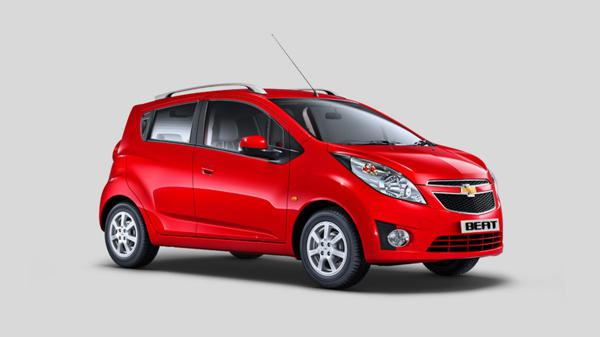 It must be noted that the exteriors of the Beat have not been provided with any update as of now. Industry experts are of a view that General Motors has introduced this model in order to retain its market share in the hatchback segment of the Indian auto market, which reported a fall in the recent times. Sources close to the development process revealed that the auto maker is working on the development on a facelift model of Beat, which will be introduced somewhere in 2014 with a complete overhaul.

However, the technical configuration of the recently launched model has been kept same with a 1.2-litre petrol and 1.0 litre diesel engine. The petrol mill has the potential to belt out a maximum power output of 88 bhp, along with a highest torque of 108 Nm. On the other hand, the diesel model produces a maximum power of 56 bhp with a highest torque of 150 Nm. Interestingly, the diesel engine of Chevrolet Beat is counted among the most fuel efficient drivetrains as it covers a distance of 25.44 kmpl, as certified by ARAI.

Along with, the company has introduced a limited offer for the domestic buyers by pricing its base PS petrol variant of Beat at just Rs. 3.39 lakh (ex-showroom, Delhi). However, industry experts are of a view that the reduced prices of petrol guise comes up as no surprise as the auto maker just delivered its 500 units during June 2013, which marks a three time less figures than that of diesel model.