Here is everything you need to know about the Lamborghini Urus. 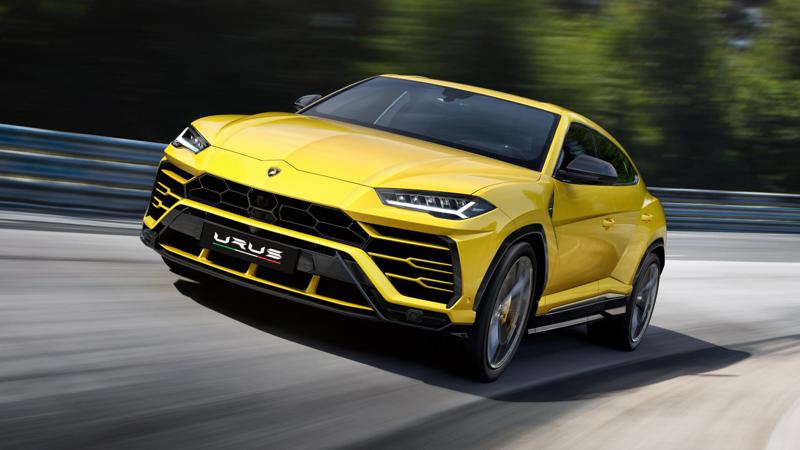 As a Lamborghini tradition, the name Urus is derived from the world of bulls. The Urus is one of the large, wild ancestors of domestic cattle. The Urus is so important to the Italian marque that they inaugurated a whole new factory for it in Italy. The SUV is expected to boost the sales ten folds and since it is targeted at the Chinese market it seems like an easy task for the Urus. It is based on the same MLB Evo platform as the Porsche Cayenne, Bentley Bentayga and the Audi Q7 under the VW Group umbrella.

Under the hood (unusual for a Lamborghini) sits a 4.0-litre turbocharged V8 pushing out 650bhp of firepower at 6,000rpm and 850Nm of turning force accessible from as low as 2250rpm. The Italian SUV will sprint to a 100kmph in a sportscar-shaming 3.6 seconds and on to a top whack of 305kmph making it the fastest SUV on sale today. Transmission is an eight-speed automatic sending power to all four wheels through Tamburo – Lamborghini’s dynamic control.

Lamborghini has instilled every bit of their supercar DNA in the Urus. It is unmistakably a Lamborghini with all those chiselled creases and in-your-face styling. The high-riding stance further accentuates the aggressive design. Being an SUV, the Urus flaunts flared wheel arches with body claddings all around. The front bumper is very busy with lots of slats and louvres making it look like a Sci-Fi creature. Measuring 5112x2181x1638mm, the Urus is a large vehicle. The wheels are a massive 23-inch (largest in its segment) wrapped in bespoke Pirellis. The wheelbase is 3,003mm while the whole car weighs less than 2,200kg. The Urus also scrounges the rear-wheel steering from the Aventador S. To stop the mammoth beast with confidence, the Urus comes fitted with the biggest brakes ever fitted on a production SUV.

On the inside, it is everything you’d expect from a Lamborghini. Although highly customizable, the cabin is sporty and functional. There are two digital screens on the centre console, while instrument cluster is all-digital too. The fighter-jet-style ANIMA drive selector has five driving modes – Strada, Sport, Corsa, Sabbia (sand), Terra (land), and Neve (snow). Of these, the last three are seen for the first time in a car from Sant’Agata Bolognese. Or else, the driver can take control of all the settings through Lamborghini’s famous EGO mode. The Urus is a proper four-seater but can be had in a five-seat configuration as well with 18-way adjustable seats, ISOFIX, and sunroof. The boot space is 616 litres which can be extended to 1,596 litres.

At Rs 3 crores, the Lambo SUV seems like a value for money. It is fast, Italian, has a raging bull on its bonnet and can carry four people everywhere in utmost comfort. It’s not the first SUV to do so, but the first super Lamborghini to claim it. For a similar amount of money, you can also look at other SUVs like the Bentley Bentayga, Lexus LX or the Land Rover Range Rover LWB (all three of which are opulent rather than sporty), and the Mercedes-AMG G63 (which is about to be replaced). Apart from the SUVs, one is spoilt for choices with a host of Italian, British and German sportscar for the price of the Urus such as the Aston Martin V12 Vantage, Ferrari 488 GTB or the Mercedes S63AMG.