The luxury car lineup is always incomplete without the presence of the Rolls-Royce Phantom. Known as the godfather of luxury cars, the newly launched eight generation model of the Phantom is available in two options – one with a regular wheelbase for Rs 9.50 crores and the other with an extended wheelbase for Rs 11.35 crores (ex-showroom, all-India). First introduced in 1925, Rolls Royce claims that the Phantom is indeed one of the longest-lived model in the company’s history. Supporting claims, the new model has been introduced after a period of 16 years! 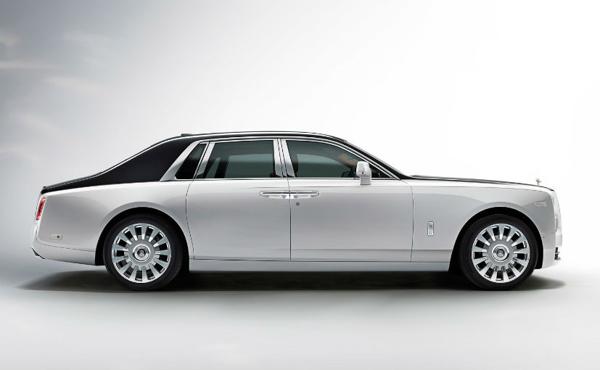 The newly launched eighth generation Rolls-Royce Phantom is based on the company’s new aluminium spaceframe platform, officially dubbed the Architecture of Luxury. The new platform claims to be 30 per cent more rigid than its predecessor and will underpin all of the company’s upcoming models, including the Project Cullinan SUV. The new model is stated to be 77mm shorter, 8mm taller and 29mm wider than its predecessor. However, it still does not lose out on that extra bit of space that the Phantom has always been known for. Suspension elements are mostly aluminum, with electrically controlled air springs, active anti-roll bars, and adaptive dampers delivering what Rolls-Royce modestly describes as its Magic Carpet Ride. The ultra-luxury vehicle features a road-scanning camera system which prepares for bumps even before it reaches the wheels.

Mechanically, the new Rolls-Royce Phantom is powered by the new 6.75 litre twin-turbocharged V12 engine that generates 563bhp of power and 900Nm of peak torque. The powerful engine comes mated to an eight-speed ZF automatic transmission that is connected electronically to a geolocation system which helps it choose appropriate gears. The vehicle is capable of sprinting from 0-100kmph in just about 5.4 seconds. 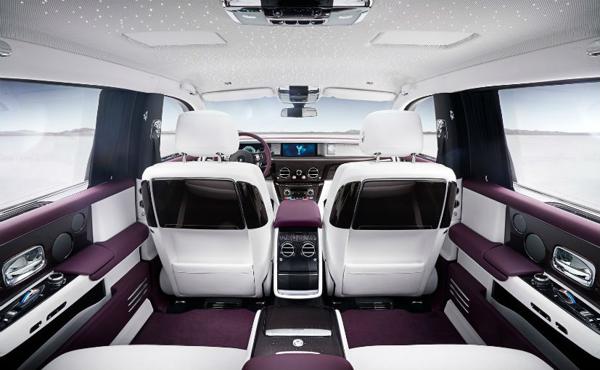 The Rolls-Royce Phantom always had a commanding presence and the new generation model continues with the legacy. The vehicle gets a large 24-slat chrome grille, new LED projector headlamps with LED DRLs and new LED taillights for freshness. The company has retained the iconic suicide door and the vehicle is now available in a two-tone shade that adds to the grandeur of the premium sedan. Known to be the epitome of luxury and finesse, the luxury car manufacturer allows customers to choose from 44,000 exterior colour options for the Phantom along with making a request for personalized designs from a team of bespoke designers.

Cars from Rolls-Royce have always been designed from the back seat forward. The eighth generation Phantom gets a new glass-encased space, which Rolls-Royce calls a 'gallery' and stretches from the steering to the passenger side door on the dashboard. This space in particular can be used to display anything of the owner's choice ranging from artwork to colour/finish preference to the family crest. Moreover, the car gets a 6mm two-layered glazing on every window surface in addition to over 130kgs of sound insulation, all this to retain its title as the 'most silent motor car in the world.' To complete the personalized touch, the vehicle a gets a three-dimensional representation of the owner’s DNA profile which will be rendered in 24-carat gold. The company has however retained many traditional touches, including rotary controls for the heating and ventilation system and the denial of a traditional tachometer in favor of a Power Reserve dial in one of the three circular instrument bezels. Although it appears like an analogue setting, those are indeed digital screens.