In yet another occurrence, the retail price of diesel, the most consumed fuel in the country, has increased by 50 paisa per litre, with effect from July 2, 2013. This hike was preceded by the increase in the price of petrol by Rs. 1.82 per litre. It was on the last day of the month of May that the price of diesel was increased last time. A lot of reasons have been attributed to the constant rise in the petrol prices with the falling value of rupee and increase in the international prices of crude oil. 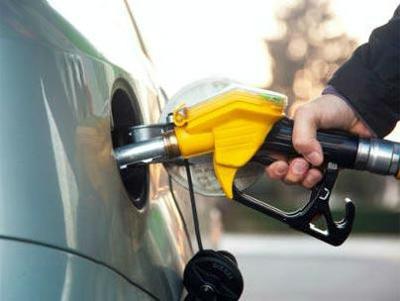 Shockingly, this is the seventh time since the beginning of the year that the price of diesel has been raised. State-owned oil firms were given the authority to increase rates by up to 50 paisa per litre each month until the entire incurred loss was compensated for. The Indian Oil Corporation said that the losses on diesel went up from Rs. 6.31 per litre to Rs. 8.10 per litre. Petroleum Minister Veerappa Molly, on June 28, said that although the value of rupee is depreciating, the government has given the authorities a limit to raise the price of diesel by up 50 paisa per litre. Following the revised rates, diesel will now cost Rs. 50.84, Rs. 55.16, Rs. 57.61 and Rs. 54.15 per litre in Delhi, Kolkata, Mumbai and Chennai, respectively.

"Under-recovery on sale of retail diesel has been steadily increasing mainly due to depreciation in rupee coupled with increasing international prices. Even after the aforesaid increase, there shall still be an under- recovery (loss) on retail diesel of Rs. 8.10 per litre," a statement made by India Oil Corporation.

The government sells diesel, LPG and kerosene at subsidised prices and provides compensation to oil companies as they sell fuel at lower prices. Notably, the losses (under-recovery) incurred on these three products for the last financial year, which ended on 31st March 2013, was estimated to be a colossal Rs. 1,60,000 crores. The present state of the Indian economy has come under much scrutiny with the continuous depreciating value of the rupee, which has resulted in price rise. It must be noted that rupee is currently the weakest performing Asian currency against the strong US dollar.

Along with diesel, oil companies are also incurring heavy losses on kerosene and domestic liquefied petroleum gas. For kerosene, the under-recovery increased from Rs. 27.8 per litre to Rs. 30.7 per litre whereas it amounted from Rs. 335.1 per cylinder to Rs. 368.6 per cylinder for domestic LPG.