Datsun, a brand owned by Nissan Motor Company, is set to make a comeback in the passenger car market. A few days ago, Nissan unveiled the Datsun Go hatchback in New Delhi with a lot of zeal and vigour. The officials, including the Chief Executive Officer, were excited and upbeat about the revival of the Datsun brand in India, which had been out of the market since 1981. Datsun's genesis can be traced back to the year 1914, when the DAT Motorcar Co. was established. In 1931, a small car was launched by DAT Motorcar Co., named Datson. 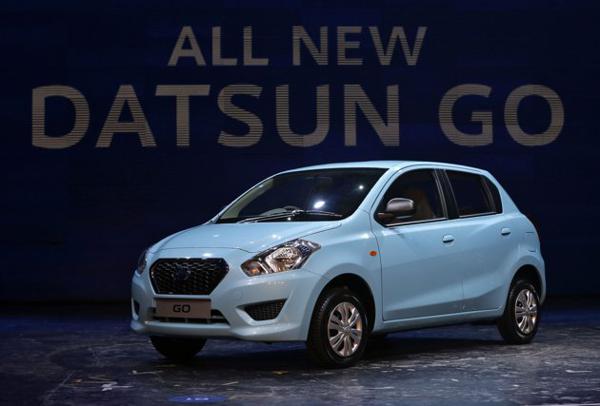 However, the Japanese auto maker took control of the firm and changed the name of the small car to Datsun. Nissan began its operations by exporting Datsun cars to regions like Asia, Australia and Latin America. The company introduced the Datsun 110, which was the first passenger car since the production was stopped due to war. It did well in the market and won the Mainichi Industrial Design Award. Post Datsun 110, the auto maker launched vehicles like Datsun 1000, Datsun Bluebird 310 and Datsun Sunny B10. The brand enjoyed great success, selling around 20 million cars in 190 countries, before it was phased out in the year 1981.

Nissan's idea of re-introducing the Datsun brand is its attempt at targeting emerging car markets in the world, such as Russia, Indonesia and India. With the unveiling of the compact hatchback Go, Nissan has begun the revival of Datsun. Industry experts have tried to analyse the prospects and probabilities of Datsun's success in the country. Many feel that the Datsun brand could be a force to reckon with in the coming years. It is a known fact that the compact car segment of the Indian auto market always has a minimum level of demand. Also, with time, the number of buyers in that segment keep increasing as more and more young people are on the lookout for cars that are efficient and affordable as well.

Nissan itself is relatively new in the Indian car market and is yet to gain any sort of a stronghold in it. The Japanese auto maker has a product sharing agreement with Renault, the French car maker. Renault-Nissan alliance involves the introduction of new vehicles, which are similar to each other and are placed in the same segment. Industry experts are of the opinion that the presence of Nissan will help Datsun get a platform in Indian car market, which is likely to speed up its progress.

Datsun aims at selling cars that are efficient, compact and affordable. In order to increase their sales and attract a lot of customers, Nissan is planning to adopt an aggressive pricing strategy. It plans to introduce Datsun cars that cost below Rs. 4 lakh, something that is sure to attract the domestic price sensitive buyers. Putting this in perspective and analysing the progress, one can conclude that there is a strong possibility of Datsun challenging the dominance of Maruti Suzuki in the low cost car segment.

In the present scenario, Maruti Suzuki is clearly the dominant force in segments that attract middle class buyers. However, given the cost cutting policies adopted by Nissan, Datsun could possibly compete head to head with the country's largest passenger car maker, Maruti Suzuki. After all, in a market where the price of fuel is constantly rising and the demand is low, buyers are looking for efficient and affordable options.

Compact MPV: An emerging segment of the Indian car market

India edges out China, Mexico and other rivals to become top sourcing destination