· Success of the A-Class helps Mercedes-Benz further reinforce its connect with young India: consistent trending on Twitter, more than 1 million fans on Facebook 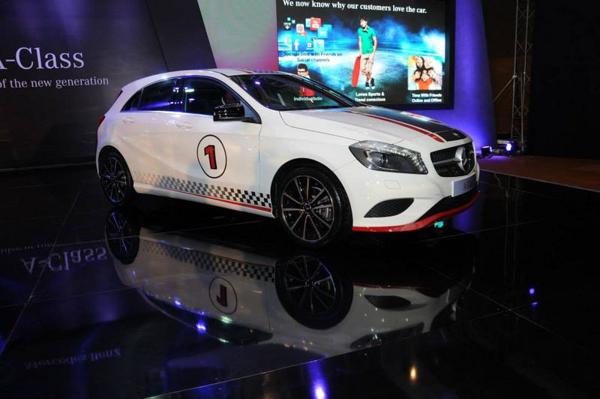 Pune: Mercedes-Benz today announced that the A-Class has received 400+ confirmed bookings as on June 10th, 2013; which is less than 2 weeks from the national launch. This is the highest popularity that any Mercedes-Benz car has enjoyed in the decade and a half long history in India. As a product, the A-Class has broken many stereotypes – it is the first “ Compact Luxury “ car in India, it pioneered the compact luxury segment in India and it is also the youngest car in India bearing the proud badge of the Three Pointed Star. Even before its launch, the A-Class became a digital sensation and was trending in twitter; it also catapulted Mercedes-Benz India’s Facebook fan base to more than 1 million fans.

Mr. Eberhard Kern, Managing Director & CEO, Mercedes-Benz India commented, “Already a global sensation, the success of the A-Class in India reiterates Mercedes-Benz’s stand that young India has now come of age and Indians who lead a global lifestyle today, value trendy design, dynamic driving and quality when it comes to their personal mobility preferences. The overwhelming success of the A-Class inspires us to push ahead even more aggressively with our New Generation Cars for the Indian market.”