Chevrolet in India Its ordeals and the way forward

The world nearly came to a standstill when General Motors announced that it may file for bankruptcy. General Motors largely represented the American Lifestyle and when the crisis came, it was always stated, “Chrysler is too small to survive and General Motors is too big to fall”. However, the company did file bankruptcy and the world was shocked that the inevitable had happened! But General Motors promised its customers, employees, its shareholders, and the rest of the world that it will emerge again from the crisis and re-invent itself. The company emerged as a smaller General Motors and started building up its portfolio again all around the world.

When the company was facing various uncertainties, General Motors India was also being looked upon as a possible risk. Although the company kept reassuring the shareholders, ancillary unit owners, auto parts providers, lenders, creditors that the Indian arm remained independent and isolated from its parent company, the doubts always existed. But, in the end, the parent General Motors not only emerged from the crisis in three months time but it also acquired profit making subsidiaries like General Motors India. 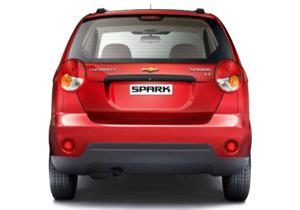 General Motors India withstood the test of times and showed improved amidst the worst economic crisis the world had ever seen since The Great Depression in 1930s. There were a slew of launches in India and the sales figures always showed promising figures for the company. The company started with launching the special Spark variant – Chevrolet Spark Muzic model in February 2009. It was a Special Edition car equipped with a new 2 DIN music system and a six-CD changer.

The company also launched the Chevrolet OK program for pre-owned cars in April 2009. It started a network of outlets to buy and sell pre-owned cars and the program was rolled out nationally in a phased manner. This step was yet another business expansion plan from General Motors India to keep the operations growing. Now there are more than 9 operational outlets across India that are running successfully and this will further expand to 30 outlets by end of 2009. The Chevrolet-OK Cars program assures customers safety and surety of purchase and complete transparency of operations. The vehicles sold through these outlets will ensure high mechanical and appearance standards set by GM India. 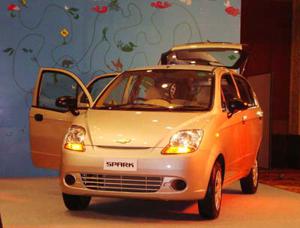 The Indian arm of General Motors continued with its updated launches and launched its Spark LPG version in June 2009 priced at Rs. 3.52 lakh. The Indian operations had put a brave front forward and showed that it truly remained unaffected although it was perhaps facing problems in raising money for completing its engine manufacturing plant in Talegaon in Maharashtra.

Later in July 2009, it launched a special edition model of its entry-level sedan Chevrolet Aveo which was a facelifted version with additional features like illuminated key cylinder, chrome door handles, rear arm-rest with cup holders and height adjustable driver seat but priced the same as its existing model.

The company also launched a new program in July 2009 for its existing customers to buy back old Chevrolet brands in exchange for newer models. Under the buyback scheme all existing Opel owners can get exchange their car when they purchase a new Chevrolet model. The customers were offered a market price based on the physical condition and model-year of their car for a limited period of time.

During the course of launches General Motors India also announced that it will launch a new Mini Car by end of 2009. It also intends to export this mini car from India. It will also bring its crossover model Indicruz to the Indian market in September this year. Till now all the plans seem to be well in order with GM India getting ready for launch of Indicruz launch next month.

When people said, General Motors is too big to fall, it seems they were right! The company has put all efforts towards ensuring that consumers understand that GM is here to stay.

What do you think about GM’s strength in India? Have the various initiatives by the company given you confidence that the company is here to stay? Please share your comments below.