If you get a chance to test drive a $1.5 million car (that’s nearly Rs. 7.5 crores), grab it! The car is currently being showcased at the AutoRAI in Amsterdam. The Bugatti Veyron EB 16.4 is a mid-engine grand touring car produced by Volkswagen Group subsidiary Bugatti Automobiles SAS and was introduced in 2005 as the fastest production car in the world. It is currently one of the fastest accelerating and decelerating production cars in the world, with a 0 -100- 0 time of 8.6 seconds and, at 1.1 million Euro (1.5 million USD), it is also one of the most expensive cars in the world. 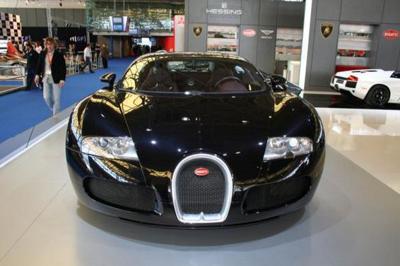 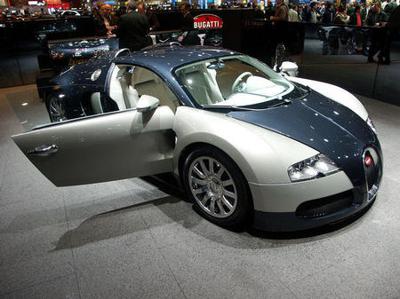 According to Autoblog, "Bugatti is said to be preparing an altogether new car that will be unveiled in September. Details are scarce at this point, but keen to stay ahead of the competition, Bugatti is said to be considering several options that would, figuratively speaking, fit into the same mold as the Veyron. That means another seven-figure, record-beating supercar, likely with an even more powerful version of the Veyron's thousand-horsepower, quad-turbo W16 engine. With Veyron production winding to a close, we could see a concept version of its successor at the upcoming Frankfurt Motor Show after the summer break, with the next Bugatti hitting the market in 2011 or 2012.”

Bugatti will mark its 100th birthday by the end of this year which it calls ““Centenaire.” The company intends to showcase something special this year to mark its special year and the awe the world once again.