A Good Day To Die Hard, the much awaited 5th instalment in the legendary Die Hard movie series, has been released in India on February 22, 2013. The teaser videos of the Bruce Willis starrer action flick had domestic film and automobile buffs captivated for its official release in the country. A Good Day To Die Hard (AGDTDH) has also generated significant amount of buzz, owing to the use of recently introduced Mercedes-Benz G63 AMG Sports Utility Vehicle (SUV) in many of its adrenaline gushing action sequences. An ultra modish and powerful descendant of the iconic Mercedes-Benz G-Class range, the G63 AMG is tagged with a retail value of Rs. 1.46 crore in the Indian premium automobile market. 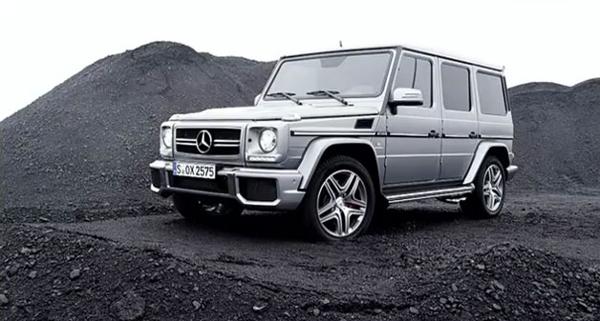 Speaking of engine specifications of the 2013 Mercedes-Benz G63 AMG, the sturdy build SUV is powered with a supercharged 5.5 litre V8 powertrain, which could belt out a peak power of 544 bhp, along with a highest torque rating of 760 Nm. The mammoth of an engine revs up the G63 AMG model to reach 100 kmph from a standstill in just a matter of 5.4 seconds. The heavy power specs ensured that the model dominated the action sequences featured in AGDTDH, where it is driven by Bruce Willis.

The ultra mannish 2013 Mercedes-Benz G63 model flaunts new AMG radiator grille on the front fascia, along with an uber-cool V8 BITURBO emblem. Among the vehicle's other attractive exterior finishing touches, the 5-spoke alloy wheels in read and titanium grey brake callipers score the maximum points. The road presence of the macho SUV is breathtaking and the G63 AMG can easily outsmart any other model in comparison of a royal style statement.

The die hard fans of AGDTDH movie will surely be mesmerised with the phenomenal Bruce Willis, once again playing the legendary screen persona of 'John McClane', along with the recently launched Mercedes-Benz G63 AMG beast. Catch the action soon and get ready for another nerve wrenching action adventure.