Ford EcoSport has been generating quite a buzz since its launch and has been touted to achieve a lot of success in the Indian car market. This model was highly anticipated by a lot of industry experts and customers alike and if the reports were to be any indications of how it will fare, dealerships across the country have witnessed a high demand for the same, which is beyond the supply capacity. As a result of this, Ford dealerships have stopped accepting any more bookings for the EcoSport diesel. It was widely expected that dealers would take up to three months to make the deliveries. However, seeing the number go beyond capacity, Ford has instructed all dealers not to accept any more bookings until three weeks. 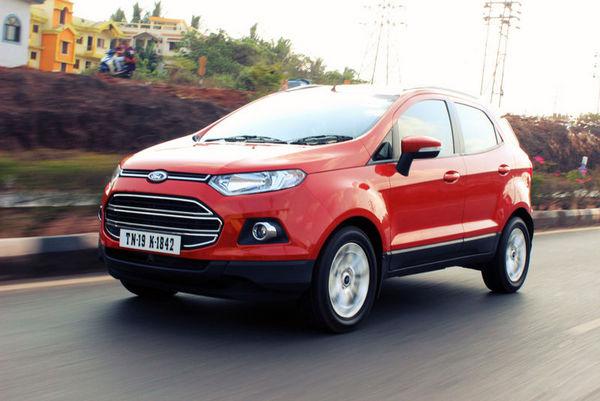 The Ford plant located in Chennai is said to have a capacity of manufacturing a total of 3000 units of EcoSport diesel, while it has received around 6000 bookings, which are exclusive of pre-launch orders. Industry experts feel that three weeks is quite a long time to stop the bookings for the Ford EcoSport. Pitted against fierce rival Renault Duster, which has enjoyed a high level of success, the Ford EcoSport has showed early signs of giving the Duster a good run for its money.

Powered by a 1.5 litre oil burner, the EcoSport is capable of generating an output of 88 bhp, along with a torque of up to 204 Nm. The Ford EcoSport has good fuel efficiency, which is around 14-15 kmpl. The turbocharged engine fitted in the EcoSport is same as the one fitted in the Ford Fiesta. Aimed at providing fuel efficiency, Ford EcoSport features a five-speed manual gearbox mated to the engine, which provides adequate power to its wheels. The diesel model of the EcoSport comes in variants like Ambiente, Trend, Titanium and Titanium optional. Starting from Rs. 6.69 lakh, the price of this model goes up to Rs. 9 lakh.

Stylishly designed, the Ford EcoSport has appealing exteriors and an overall structure that makes it stands out in the competition. Its design comprises a wide radiator grille, which has a thick chrome strip and a noteworthy Ford insignia at the middle. Coming to the interiors, this vehicle has plush seats with premium upholstery, a stylish dashboard and a fantastic instrument cluster. The diesel model of the Ford EcoSport is light, has good pick up and the manual transmission is also quite smooth. Its cabin has a lot of features and is a much more refined vehicle as compared to its stiff rivals.