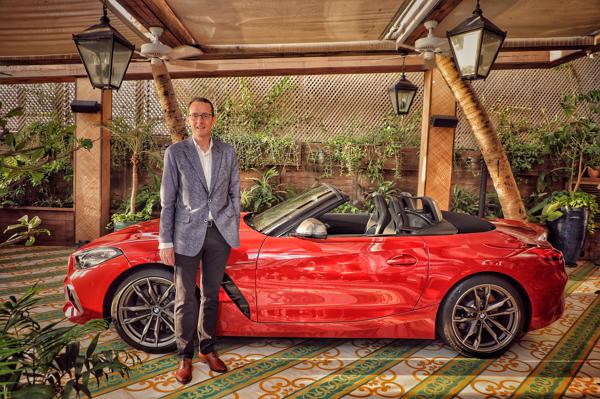 The German car manufacturer has extended its product line up in India with the launch of the Z4 Roadster. The premium car manufacturer has introduced the Z4 Roadster in India in two engine options - the sDrive20i and the BMW M Performance model, the M40i. The globally popular two-seat convertible available as a Completely Built-Up Unit (CBU). The Z4 Roadster sDrive20i is available for Rs 64.90 lakhs, while the M40i is priced at Rs 78.90 lakhs (both ex-showroom, India).

As for design, the BMW Z4 Roadster gets a long bonnet along with classic soft top and short overhangs that define the characteristic roadster silhouette of the car. The BMW convertible also gets a new mesh grille and distinctive vertically aligned LED headlights. The large aerodynamic air vents on the front wheel arches further enhance its sporty appeal. As for the rear, the Roadster gets slim LED taillights, a distinctive rear spoiler, diffuser and exhaust tailpipes. The company claims that the electric soft-top opens in a mere 10 seconds.

As for the interior, the Z4 Roadster offers driver seat memory function and increased storage space behind the seats with a retaining net, large cupholders under the centre armrest cover and roomy door pockets. On the other hand, the standard specification for the BMW Z4 M40i includes a leather and Alcantara interior with blue contrast stitching and blue piping. As an alternative to the standard Quartz Silver, the trim finishers can also be outfitted in high-gloss black, aluminium mesh effect or aluminium tetragon. Furthermore, the M sports seats come with additional adjustment options which include the M leather steering wheel.

Renault RBC is christened as the Triber