The engine list for the upcoming BMW X7 (codenamed G07) has been leaked ahead of its unveiling at the 2017 Frankfurt Motor Show. The leaked details indicate that the X7 will be offered with the biggest petrol and diesel engines that BMW produces and all of them will have xDrive as standard. 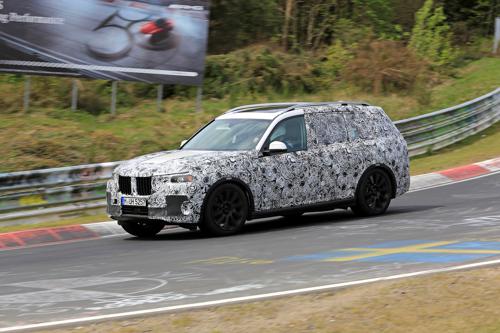 The diesel range will get the 3.0-litre six-cylinder motor in the 30d and 50d xDrive trim. The petrol options are a little wider and will see the X7 being offered in the30i, 40i and 50i trim levels. The petrol options too are six-cylinder engines. There is also expected to be an M spec X7 which will make use of a 4.0-litre twin-turbo petrol producing many German horses and torques.

The X7 is BMW’s new flagship SUV and will be first shown in concept form before a production model is unveiled in 2018. We will be live at Frankfurt 2017 bringing you all the details on the X7 so stay tuned to CarTrade!