BMW, the well-appreciated German luxury automotive marque, has confirmed plans of launching its much hyped X4 Sports Activity Vehicle (SAV) crossover in the auto market. The revelation came through the company's Chief Executive Officer, Norbert Reithofer during the annually held accounts press conference in Munich. The BMW X4 will make its global debut soon across various international auto markets. As per reports, the X4 model will be pitched below the German auto maker's flagship X6 luxury crossover, but will have more powerful engine than its X3 sibling. Further, the upcoming BMW X4 shares platform with X3 and will be introduced in both petrol and diesel powered options. The company claims that the X4 model is going to be the perfect amalgamation between a powerful Sports Utility Vehicle (SUV) and a luxury coupe. 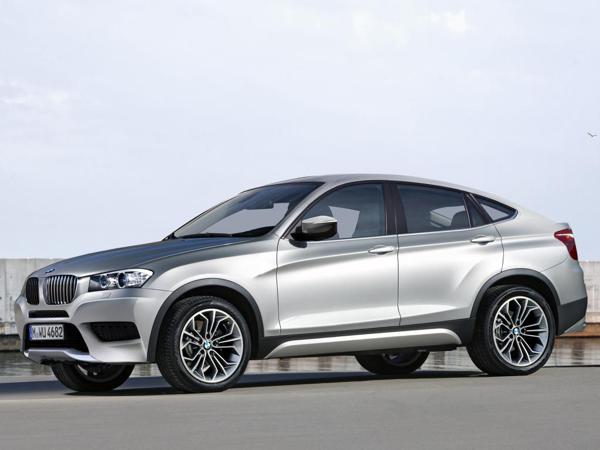 Evidently, the BMW X6 caters to the high heeled section of society, which is completely different from the bulk of SUV buyers in the world. With its new X4 model, the German luxury auto maker will lure the more traditional utility vehicle enthusiasts towards its retail outlets. As per industry sources, BMW has codenamed its X4 model as F26 on the factory floors. The BMW model is expected to share the same monocoque steel platform with the 2nd generation X3 crossover. The much hyped X4 could derive its power from slightly more powerful engines presently incorporated in its X3 sibling.

At present, the BMW X-series of utility vehicles is witnessing some stiff completion from the German compatriot Audi's 'Q' range. It must be noted that the other German luxury auto player, Porsche is also working on its yet-to-be launched Macan crossover (little sibling of the Cayenne) that could pose some exciting competition to the upcoming BMW X4. In all fairness, the global car enthusiasts will be keeping their fingers crossed for the arrival of much awaited BMW X4.

Peugeot postpones its plans to re-enter the Indian auto industry