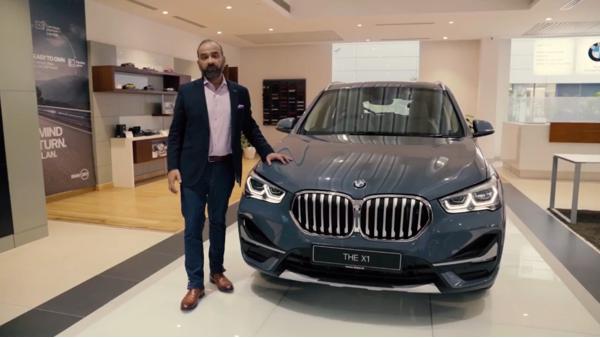 BMW X1 facelift has been launched in India for a price of Rs 35.90 lakhs (ex-showroom, India). The newly launched model gets a fresh set of cosmetic and feature updates over its predecessor. The petrol sDrive20i is available in SportX and xLine variants, while the diesel sDrive20d is available in xLine and M Sport variants.

Visually, the new BMW X1 features large kidney grilles that are flanked by sleek LED headlamps. The bumper design has have been revised and it now features slim LED fog lamps and large airdams. The side profile looks more or less similar to the current model except for a set of redesigned alloy wheels. The rear section gets new tail lamps which are complimented by a new bumper featuring twin exhausts.

As for the interior, the X1 facelift gets a similar-looking dashboard layout as compared to its predecessor. The updated X1 features a revised instrument cluster and i-Drive infotainment system with Apple CarPlay. Additionally, the feature list includes keyless entry, panoramic roof, ambient lighting and more. In terms of safety features, the BMW X1 gets ABS with EBD, ESC, rear camera, six-airbags, traction control and tyre pressure monitoring system.

The ex-showroom prices for the newly launched BMW X1 is as follows: