The German auto giant BMW recently revealed the third generation of its Sports Utility Vehicle (SUV), X5. Company is expecting that new generation BMW X5 will also repeat the success of the first two generations of the model. Since its launch in the year 1999, BMW has sold around 1.3 million units of the SUV. The new generation X5 sDrive35i will be equipped with the trusted and award winning 3.0 litre TwinPower Turbo inline 6-cylinder engine. There will be two more variant of the car viz. X5 xDrive50i with 4.4-litre TwinPower Turbo V8 unit and X5 xDrive35d with diesel powertrain. BMW will offer the diesel variant with the new 3 litre TwinPower Turbo inline 6-cylinder powertrain that will be first X5 model to feature rear-wheel drive. 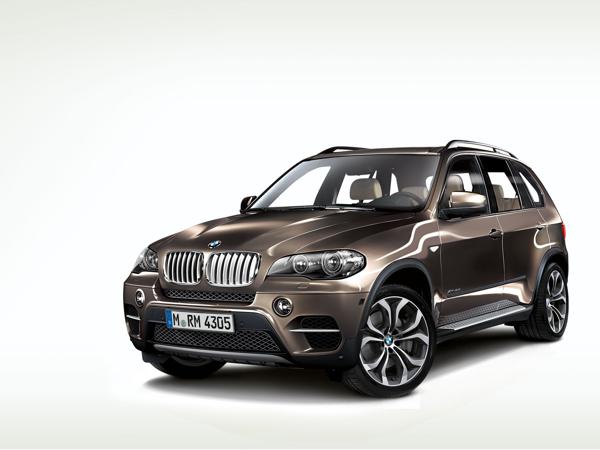 All variants of the new generation BMW X5 would boast of the latest 8-speed automatic transmission developed by the German car maker. BMW will offer a number of options in cosmetics to customers to choose from. Customers of new generation X5 can select from a choice of Luxury Line, xLine and M Sport packages along with two interior design packages, namely ivory white and mocha. The car will also come with an optional Dynamic Handling package that includes Dynamic Performance Control, Dynamic Damper Control, Active Roll Stabilisation and rear-axle air suspension.

The design philosophy of the newest model of X5 will be same as that of its predecessors, however there are several cosmetic updates that set it apart from earlier versions. BMW X5 stands apart from other SUVs in its segment as it boasts of sporty and classy exteriors with luxurious and flexible interiors. However, with the new X5 the car maker has further improvised upon these characteristic traits.

Another distinctive trait of the BMW X5 has been its best-in-class handling and driving dynamics. All variants of the new generation BMW X5, with the exception of the sDrive35i, will come with xDrive full-time intelligent all-wheel drive. This advanced technology actively controls the drive power split between both set of tyres in real time. It uses a control logic system to asses the information about road speed, steering angle, wheel speed and accelerator position to distribute power efficiently and effectively between front and rear wheels. The technology improves the traction and stability of the car in all kind of weather and road conditions as well as cornering dynamics.

Further, if the xDrive technology is combined with the Dynamic Performance Control (DPC), the drive power split improves exponentially. DPC is designed to vary the drive power split between both set of tyres to facilitate enhanced steering response along with road grip at all times. It also maintains the stabilising prowess even while the driver slows down on corners. With such class-leading features and technologies, the new generation BMW X5 is bound to be a success as and when it is launch taking into consideration the pricing.