BMW, the well appreciated German auto maker, has showcased the revamped model of its flagship M5 at a special event, which was organised before the commencement of 24 hours Nurburgring race. Reportedly, the recently unveiled model has been provided with a number of cosmetic changes at both exteriors and interiors, which takes it a step ahead of its erstwhile sibling. However, it must be noted that the technical configurations of the model has been kept same. 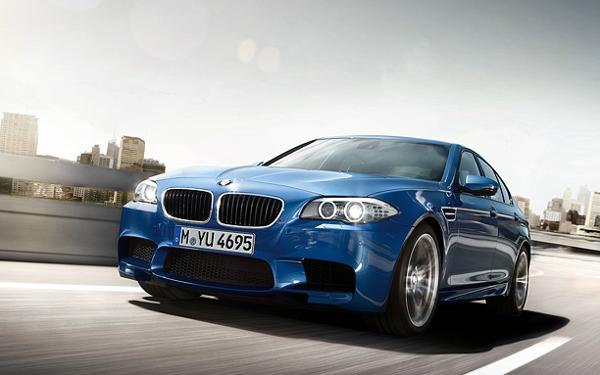 The exteriors of the facelifted M5 has been provided with a number of advancements, which makes it more appealing and charismatic than the previous generation model. Major highlights of the recently unveiled model include redesigned front grille and new adaptive LED head lamps. In order to make the side profile of the model more attractive, it has been now provided with two-tone seven spoke 20-inch alloy wheels. Coming to the interiors of the model, industry experts are of a view that the updates are sourced from BMW M6. The steering wheel of the new M5 is much sleek and quite lovely to hold. Moreover, it has also got the touch sensitive iDrive controller, which stands as another USP for the new M5.

Since the technical specifications of the reworked model has been kept same, it will be powered by the same 4.4 litre turbocharged V8 engine, which has the potential to churn out a maximum power of 556 bhp with a highest torque of 680 Nm. Interestingly, the auto maker has been also offering a Competition Pack for the M5, which includes stiffer roll bars, sports exhaust package, an advanced suspension. Reportedly, few modifications have been also made to the steering wheel, which has increases its response by almost 10 per cent. This special package has some modifications for the engine, which will boost its power by 17 bhp, taking the final output to 573 bhp. Interestingly, the same package is being provided with M6 and M6 Gran Coupe.

It must be noted that the auto maker has not declared any plans for the launch of its new M5 in the Indian auto market; however industry experts are of a strong belief that the model will mark its presence on the Indian roads before the end of current year.