When you talk about sleepers, you really can’t end the conversation without mentioning the BMW M5. Competitors dread it and enthusiasts drool over it. The M5 saloon has rightfully earned the 2018 World Performance Car Award at the New York Auto Show. Moreover, this is the seventh time that a BMW has won a World Car award in their 14 year history. 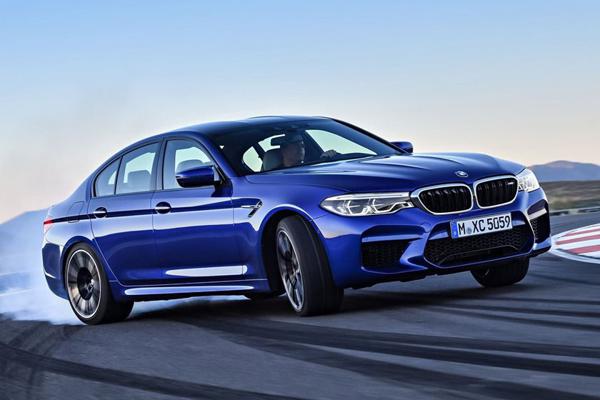 To be eligible for this award, candidates need to produce at least 2,000 units/year, must be overtly performance focused in nature, and be on sale in at least two continents in the period beginning 1 January 1 2017 and ending 31 May 2018. BMW has released an official statement for the media stating, “We at BMW are very excited to receive this award from the World Car of the Year organization. The BMW 5 Series has always played an important part of the BMW product portfolio. With this 6th generation BMW 5 Series we are able to offer our customers a broad range of variants ranging from the extremely efficient BMW 530e plug-in hybrid, all the way to the BMW M5, which is the quickest BMW ever built, reaching 0-60 in under 3.2 seconds.”

The M5 was among the 11 cars from all over the globe that participated for this award. It further went on to be shortlisted along with the Honda Civic Type R and the Lexus LC 500 before bagging the award. Under the hood, the M5 is powered by a twin-turbocharged V8 petrol engine. With this, the BMW M5 is regarded as one of the fastest saloons in the world. The 4.4-litre V8 of the M5 pumps out the highest ever figures - around 600bhp of power and 750Nm of torque that sends power directly to the rear wheels only. The power is transmitted through a bespoke eight-speed torque converter from ZF.