BMW launched the M2 Competition in India at Rs 79.9 lakhs

BMW has finally launched the M2 Competition in India at Rs 79.9 lakhs. The M2 Competition was revealed in April this year as a replacement to the M2 Coupe with a revised aerodynamics and slight cosmetic updates. The M2 is the entry-level M model and this is the first time it is officially on sale in India. The M2 Competition rivals against the likes of Mercedes-AMG CLA45, Porsche 718 Cayman, Audi TT and Jaguar F-Type V6 Coupe. 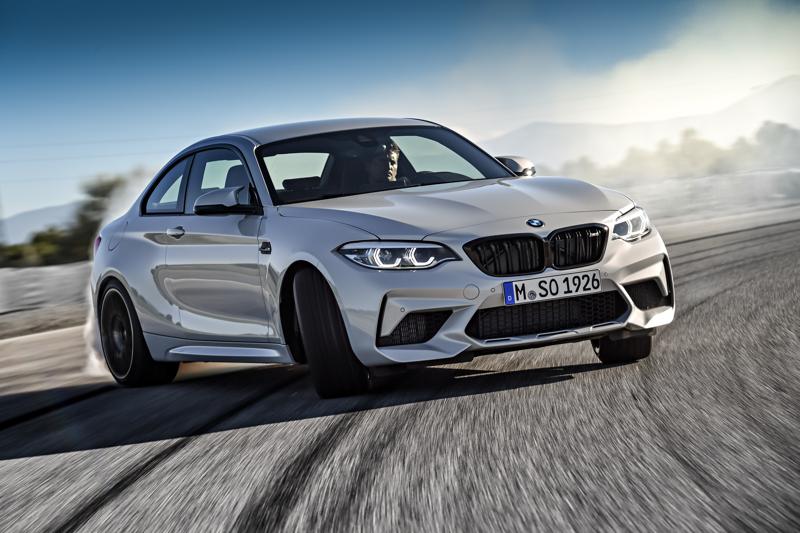 Available in five colour options – Alpine White, Sunset Orange, Hockenheim Silver, Long Beach Blue and Black Sapphire – the M2 Competition gets a redesigned kidney grille done in gloss black. The Adaptive LED headlights come as standard. The aggressive front air-intakes are similar to the ones seen on the M4. And at the rear, and the sculpted spoiler combined with quad-exhaust tips screams performance. The coupe sits on massive 19-inch forged alloys wrapped in 245/35 section performance tyres. Braking duties are done by 15.7-inch front discs with six-piston callipers and 14.9-inch rear discs and four-piston callipers. The interior is driver-focused as seen in all BMW M cars. The cabin gets Dakota leather upholstery with contrast stitch wrapping the M Sport seats. All the M bits are present such as M Drive buttons on the steering wheel, Anthracite interior trim, illuminated M logo on the seats, and a digital instrument cluster. The iDrive infotainment system also comes with seven speakers and 205Watts music system and smartphone connectivity and loads of optional extras.

The new M2 Competition replaces its N55B30 engine with a new power plant based on the power unit from the BMW M3/M4. The 3.0-litre straight-six turbocharged unit now produces 404bhp and 550Nm (almost 40bhp and 85Nm more than the previous model). It can be had with a dual-clutch automatic transmission, but internationally it does get a manual option. The two-door is capable of hitting a 0-100kmph time of 4.2 seconds and a top speed of 250kmph.

Maruti Ertiga variants revealed ahead of next week's launch

6 SUV and UVs that will soon be launched in India