Marking an end of a successful venture, German car maker BMW officially announced that the production of its current generation M3 Coupe, which started in the year 2007, will be discontinued. The coupe was manufactured at BMW's plant at Regensburg, a city located in Bavaria, Germany. The Regensburg facility has manufactured 40000 units of current generation BMW M3 Coupe. In all probability, the M3 Coupe is set to be replaced by the BMW M4 - a two door vehicle that will be manufactured from July 2013 and is expected to hit showrooms by next year, 2014. However, BMW officials notified that the production of the E93 M3 Convertible will be continued along with 3 Series Sedan, Coupe and Convertible. 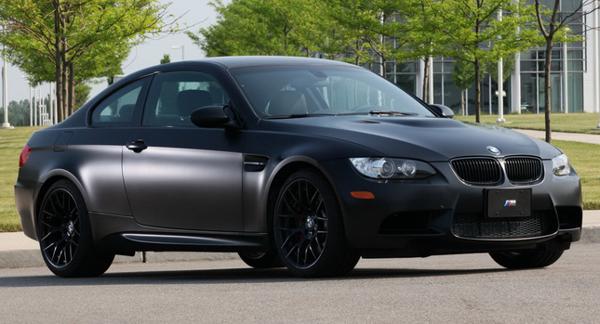 Moreover, the M3 moniker is going to be reserved exclusively for the sedan. M4 Coupe and M4 Convertible will be the new names of the coupe and convertible body styles, respectively. Also, all three models will be fitted with twin- turbocharged, six-cylinder 3.0 or 3.3 litre engine that is expected to churn out an output of around 450 bhp and torque of up to 550 Nm.

The history of the M3 dates back to 1986, when its first generation E30 was launched in the market. In 1993, BMW launched the six-cylinder E63 M3, which is considered to be the softest of all models. This was followed by the E46 that was launched in the year 2000. The year 2007 saw the launch of the E9X generation, comprising E90 Sedan, E92 Coupe and E93 Convertible, which was the first model in the series to be equipped with a V8 engine. It enjoyed huge success, with around 40000 vehicles delivered worldwide. Along with this, BMW also sold 10000 sedans and 16000 convertible units.

The BMW M3 Coupe was a celebrated vehicle, which won accolades and admiration from both critics and car lovers across the globe. It featured an aluminium bonnet, carbon fibre roof and plastic front panels that made it look quite stylish. Great Britain, Germany and United States of America were the main markets. Over the period of production, lasting around 6 years, the German car maker also launched a few special editions. The art car developed by Jeff Koons (popular American artist) and the M3 GT2 that took part in the American Le Mans series (winning five titles) along with a win at the Nurburgring 24-hour race.