BMW has given its flagship 7 Series a mid-life update and will launch the car globally as a 2020 model. It’s expected to come to India later this year and will be offered in both petrol and diesel power. We’ve looked at the launch of the car in China and well, here are the top five highlights of the updated car. 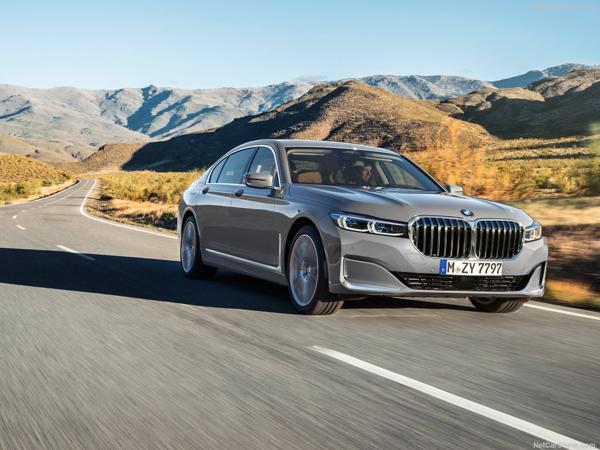 Massive kidney grille
It’s in your face…so in your face. BMW has upped the size of its signature kidney grille for this mid-life update of the 7 Series and its 40 per cent larger than the one found on the outgoing model. In addition to the massive grille, BMW has also updated bumpers, rear and front lighting packages.

Hybrid petrol engine
The mid-level petrol engine option has been hybridised. You now get the 745e/74Le in place of the 740i/740Li. This is a six-cylinder petrol engine mated to an electric motor. They have a combined output of 394bhp/600Nm and can either be had with rear wheel drive or xDrive guise. In pure electric mode, the system is capable of doing around 58km and at a top speed of 140kmph. Under ideal conditions, the set up provides a fuel efficiency of 2.2-litre per 100km.

New steering design
BMW is one of the major players in the future field of autonomous driving and it is taking a top down approach. It has redesigned the steering layout on this updated 7 Series to include all the buttons with regard to assisted driving functions.

Updated interior features
The 7 Series now gains a rear seat entertainment package, new nappa leather trim, wireless charging and updated wood trim for the dashboard. The German automaker has also added its latest Live Cockpit infotainment system that can be controlled through gestures or via a massive floating touchscreen display.

Enhanced NVH insulation
BMW has worked on improving the soundproofing around the rear wheel arches, B-pillars and seatbelt outlet covers in the rear, and for the side windows and rear window (acoustic glass). This is a major area as the 7 Series is one of the major cars in the chauffer-driven market.

New crossover concept from Skoda to be showcased at Geneva 2019

Nissan to launch Kicks in four variants and 11 colour schemes