BMW, the German luxury auto giant is all set to roll out the luxurious saloon 3-Series GT in India at the prestigious 2014 Indian Auto Expo. The car had made its global debut at the Geneva Motor Show, last year. BMW has made several modifications to both exterior as well as interior of this saloon, to distinguish it from the existing 3-Series sedan.

The company will place it between the 3-Series and the 5-Series in India. Interestingly, this vehicle will be manufactured locally in India, thus thus keeping its cost low and in accordance with its contemporaries in the Indian auto sector. BMW has increased the overall dimensions of the car to make it a more spacious product. The length, width and height of the product are now enhanced by 200mm, 17mm and 50mm, respectively. Moreover, the wheelbase has also been exceeded by 110mm. 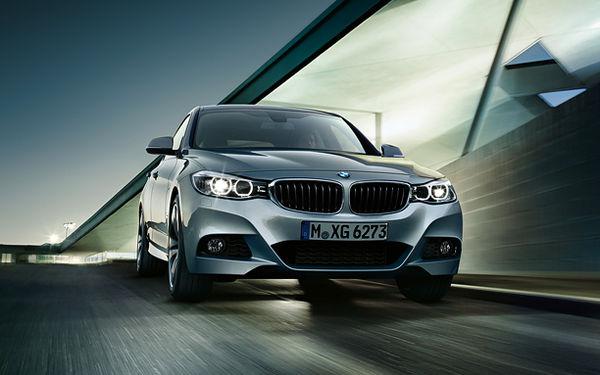 The enlarged wheelbase would definitely create more inner spaciousness, resulting in more legroom and headroom for the rear as well as front passengers. Additionally, the saloon will have a boot space of 520 litres, which can be further expanded to 1600 litres by folding down the rear seats. It also receives a rear spoiler which pops out while the vehicle is sprinting at 100kmph. As far as engine options are concerned, this vehicle will be offered in both petrol and diesel guise. The former will be powered by a 2.0-litre mill, capable of producing 245bhp, while the latter would with a 2.0-litre motor will belt out a decent 184bhp of power. BMW might also introduce 3.0-litre engined version of the car, which will deliver a an impressive power of 306bhp. An eight-speed automatic transmission would be comprised with all the aforementioned engine options in order to maximize acceleration and performance of the car.