With the launch of Chevrolet Sail U-VA in the Indian auto market, the battle in the premium hatchback segment just got hotter. Both Maruti Suzuki Swift and Chevrolet Sail U-VA are extremely competent hatchbacks in a league of their own. At CarTrade.com, we have decided to pit one against the other to see which one comes out on top. 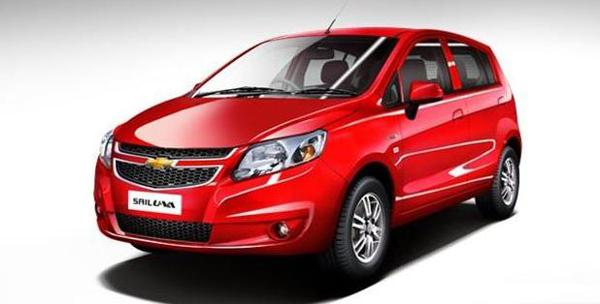 On the equipment front, the Sail U-VA seems to fare better than the Swift. All diesel variants come fitted with airbags and the top model is fitted with not one but two of these. In contrast, only the top end variant of the Swift has dual airbags. All variants in the U-VA get power windows, power mirrors and a digital tachometer. Only the mid and the top variants in Maruti Swift get power mirrors and a digital tachometer. However, the Swift scores a point by getting Electronic Brake Distribution (EBD) in its top variant, which distributes braking evenly between the front and rear wheels. This ensures better braking, especially at higher speeds.

In terms of exterior styling, the U-VA looks pretty simple as compared to the Swift. The forward-tipped stance of the Sail gives it a slightly aggressive look. Otherwise, the Swift looks much better, especially with backward swept headlamps. A longer bonnet in the new version of the Swift, along with dual coloured tail lamps gives the Swift a fuller look than its previous avatar. Even the rear of the Swift looks better and more modern than the Plain Jane rear styling of the U-VA. However, the front grille design, with the Chevrolet logo, looks more macho than the front fascia of the Swift.

One of the major selling points of this Chevrolet hatchback is the availability of space. There is ample legroom in the front and the rear of the U-VA. In contrast, the Swift definitely looks a little small on the inside. The Sail U-VA also gets dual tone interiors, but it is the Swift that steals the show with its black and silver instrument console. Audio controls have been integrated into the steering wheel of the Swift. Only the Swift offers automatic climate control among all vehicles in the premium hatchback segment. Tilt adjustable power steering is provided in both vehicles.

It is the performance and handling, which has clearly made the Swift a clear winner against all hatchbacks. The Swift has the best acceleration figures, mainly due to a lower kerb weight than the Sail U-VA. Its peppy engine makes this car an absolute pleasure to drive, whether on city roads or on highways. The 1298 cc petrol version of this vehicle produces 87 bhp, while the 1.3 litre diesel version (Fiat Multijet) offers 75 bhp. The petrol variant leapfrogs from 0-100 kmph in just 10 seconds. In comparison to this, Sail U-VA petrol generates a maximum power of 85 bhp, while its 1.3 litre diesel engine generates 77 bhp, marginally more than the Swift. Both vehicles are packed with a 5-speed manual gearbox.

The Chevrolet Sail U-VA is offered at a price range of Rs. 4.44 lakhs to Rs. 6.62 lakhs, while the Maruti Swift is available from Rs. 4.44 lakhs to Rs. 6.76 lakhs (all prices are ex-showroom, New Delhi). The established Maruti service network surely comes into play in determining the final sale figures, but with a 3 year warranty, Chevrolet also offers a great value proposition. Though initial sales of this Chevrolet hatchback have been low, industry experts believe that it will rise with improvement in market conditions. One can say that the U-VA is a great vehicle for someone looking for space, while the Swift is a great performance oriented machine.

Gautam Singhania records a 1.59 minute lap on the BIC