Jaguar, the Tata Group owned British premium sports car maker, has lined up a new base model of its XJ saloon for the Indian auto market. Reportedly, XJ has received a lukewarm response from the domestic buyers, which forced the auto maker to launch a top of the line variant of the same, named 'Ultimate Edition', in order to boost the equity of the brand. The website of the company lists the model as XJ 2.0L Petrol LWB and is expected to soon witness the Indian daylight. 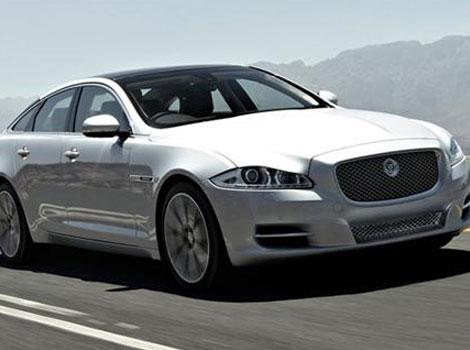 Sources close to the development process stated that the official website of the Jaguar is a clear proof, which is enough to state that its dealerships have started accepting the bookings for this car. It must be noted that the new model has been equipped with a four-cylinder EcoBoost engine, sourced from Ford, which has a displacement of 1,999 cc. The maximum power churned out by this engine stands at 238 bhp with a peak torque of 340 Nm.

Adding to the performance of this engine, an 8-speed automatic gearbox has been assimilated within the car, which automatically transmits the produced output to its rear wheels. With a brilliant output in such a small displacement engine, the model will sprint from 0-100 kmph in just 7.5 seconds, further clocking a top speed of 225 kmph.

As of now, the base variant of XJ line-up is incorporated with a 3.0-litre supercharged petrol six-cylinder engine, whereas the top end model features a 5.0-litre supercharged V8 drivetrain. Along with, a 3.0-litre turbocharged diesel engine has also been offered with the XJ. Coming to the pricing of the car, the 2.0-litre XJ is anticipated to feature a tag of over Rs. 1 crore; however nothing has been confirmed as of now. Industry experts are of a view that the base variant of the XJ line up will appeal to that section of society, who prefer a chauffeur driven car and hardly cares about the driveability of the car.