Global car makers Ford and Audi are bringing new state-of-the-art technologies imbibed in their products so as to cater to the growing demand for cutting-edge gizmo-laden cars among Indian automobile enthusiasts. Traditionally the domestic car market is acclaimed across the globe for its cost-cutting innovations in the passenger vehicle category. However, there is a definite spurt in demand for cars loaded with nifty gizmos in the country, which explains the newly launched Ford and Audi models boasting of several first-in-class features and technologies. 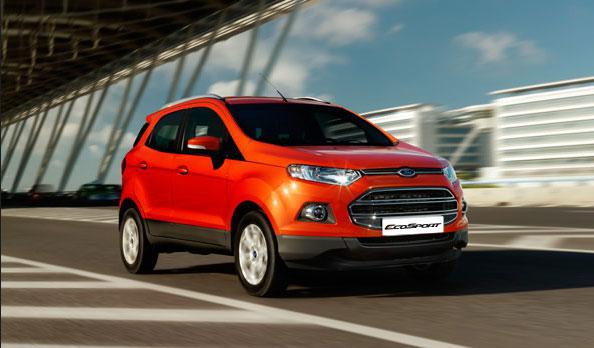 Ford India Private Limited, a completely owned subsidiary of the American multinational auto maker Ford Motor Co., rolled out its much hyped EcoSport model in the domestic car market. The stylish compact Sports Utility Vehicle (SUV) has already find a decent number of admirers for the Ford Sync- a voice command driven application, which is a first in the segment. The voice operated system allows a driver to use the in-car phone and multimedia infotainment system in a simple and highly convenient manner. A person can start a phone call, get message texts read out loud and play its favourite music, all via voice command input. The Ford Sync system also ensures safety of the car and its occupants, since the driver can keep both hands on the steering wheel while receiving call or changing song tracks or radio station. Ford India has baffled the industry economists by launching the new EcoSport with an introductory price starting from Rs. 5.59 lakh (ex-showroom New Delhi). It is going to be interesting to see if the new Ford SUV is able to live up to its initial hype and survive the competition posed by stiffest rival Renault Duster in the Indian auto market.

As per Vinay Piparsania, Executive Director at Ford India Private Limited, the company's cutting-edge Sync system could recognise up to 150 unique voice commands. The Ford Sync voice command system has been tested and designed to understand a wide range of vocabulary and accents. The Ford EcoSport is expected to rejuvenate the American auto maker's sales and profit margins in the Indian auto market.

Top industry critics have termed EcoSport to be the most complete model in its class, which could easily play the role of game changer for Ford in the country. Experts have also opined that the trend of new cars coming with state-of-the-art advanced technologies could be attributed to the changing tastes of the domestic car enthusiasts. Expressing his views on the same, V. G. Ramakrishnan, Managing Director (MD) of South Asia and the global co-leader for automotive practice at Frost & Sullivan, was quoted as saying, “Indian consumers are not exposed to technology and in many cases do not consider many technologies as the key factor in the decision-making process. This is changing.”

Similar but not the same like Ford Sync, Mahindra has also developed its 'Blue Sense', which is a mobile app-controlled system for using multimedia, voice commands, mood lighting and real time pressure monitoring, available in its flagship XUV500 SUV. According to Rajan Wadhera, Chief Executive of Technology, Product Development and Sourcing at Mahindra & Mahindra Limited, the company's 'Blue Sense' system enables users to access the in-car infotainment multimedia system via their smartphones. He also informed that the “The complete owner's manual for the vehicle has also been digitised and loaded into the car's infotainment system.”

The Indian arm of Audi, a well appreciated German luxury automotive marque, is going a notch further and will strategically place four microphones in the roof liner of its next generation A6 luxury sedan, which is expected to be launched in India this year. The four microphones installed in the roof liner will cancel out all the unwanted noise from outside world and thereby making the car's interior cabin a lot quieter. Speaking his mind on the same, Michael Perschke, Head of Audi India, was quoted as saying, “Audi's virtual cockpit is the instrument cluster of the future. It enables driving, environmental and infotainment information to be tailored to each situation.” Commenting on the future technical innovations to be offered in Audi vehicles, Perschke said, “In the near future, we will see systems that are able to assume the complete driving task for a limited period of time, if so desired by the driver.”