It is the age of eco-friendly cars and Audi makes sure that it is not left behind. The company is getting ready to launch its new eco-friendly model E1 soon. Nissan recently launched its zero-emission model ‘Leaf’ and other auto makers have already launched hybrid cars or cars running on alternative fuels. Audi has also increased its focus on the segment. 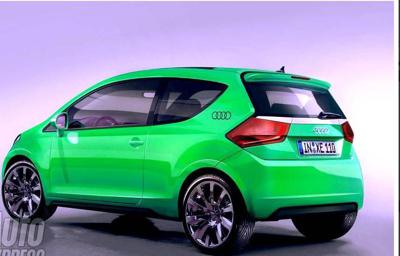 The German automaker will use the "E" designation for its environmentally friendly products, apparently believing that the letter "A" isn't green enough!

Audi intends to launch a complete E series as E1, E2, E3 which will be a range of eco-friendly cars. E1 is going to be a special model as it will not only be the first one but also a small car model. The car will arrive before 2014 and will be a fully electric car with zero emission that forms a part of new green initiative from the company. The E2 is expected to be sports car model while E3 is expected to be an MUV. Lastly, an E5 is possible and would combine all of Audi's fuel-saving technologies into one sports car platform for 2014.