The Indian arm of Audi, a subsidiary of the German luxury automotive marque, is gearing for the launch of its S6 sports sedan in the domestic market, sometime in the middle of June this year. The Audi S6 has close resemblance with the A6 luxury saloon and is expected to come with more fire power from under its hood. The stunning sports sedan boasts of smashing looks and a roaring engine performance. 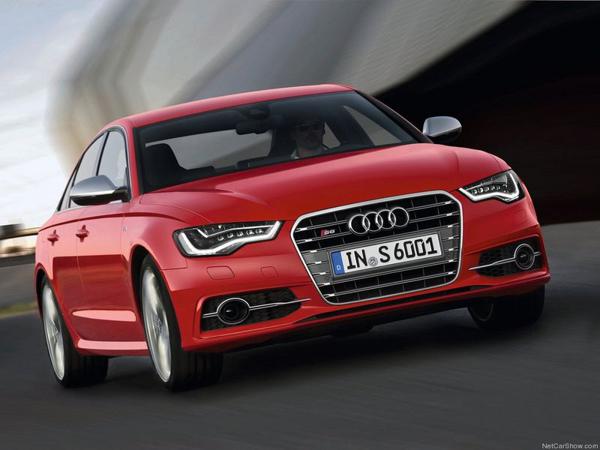 Speaking of under-the-hood specifications of the Audi S6, the stylish sports sedan would be powered by a 4.0 litre V8 TFSI Twin-Turbo petrol engine. This power-mill is expected to pump out maximum power and torque outputs around 420 bhp and 550 Nm, respectively. The engine assembly could come mated to a 7 speed Stronic DSG transmission gearbox that would ensure swift and delicate gear shifts at high speeds. The Audi S6 accelerates to 100 kmph from a stand still in less than 4.8 seconds and has its top speed electronically limited to 250 kmph.

Exterior wise Audi S6 is a four-door sedan and sits on road with a marvellous posture. The sporty DNA is quite evident in the car's styling, while its interiors speak the language of a desirable luxury saloon. The S6 comes with many world-class trimmings in its comfort and convenience attributes, besides being equipped with all the major security features fitting to a vehicle of its stature.

Fiat looking to make India its export hub for Chrysler