After launching the RS5 on the 2nd of July, German car maker Audi has planned to release the S6 on 12th of the same month. Michael Perschke, the Head of operations for Audi India, said during the launch of the RS5 that the S6 will be introduced on the 12th of July. Industry experts believe that this is the beginning of a series of launches and facelifts, which are going to enter the Indian auto market. The Audi S6, a performance version of the A6, will be among the new cars from the German automobile manufacturer to hit the Indian roads in the coming time period. 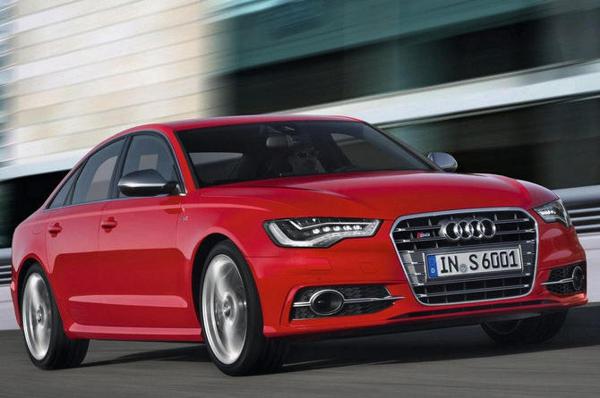 According to reports, the first lot of cars is waiting for clearance at the airport in Mumbai. In a slight digression from the A6, the Audi S6 looks quite sporty and stylish, which is one of its most striking features. The sporty looks of this car are further enhanced by the large wheels. The S6, touted as the bad boy version of the elegant A6, has some rather unique features, such as a dual mass fly wheel, flaps in exhaust pipes and engine bearings that are controlled electronically. This car will be equipped with a 4 litre TFSI engine capable of generating an output of over 400 bhp and a torque of approximately 550 Nm.

The advanced 7-speed S-tronic automatic transmission of this model facilitates superb acceleration, enabling the S6 to reach from 0 to 100 kmph in a meagre 4.6 seconds. Fuel efficiency in the Audi S6 is ensured by the Cylinder On Demand (COD) system, which is one of the key highlights of this superb model. The Audi S6, a full size sedan, also comes with additional options like sport differential, carbon ceramic disc brakes and 20-inch alloy wheels. Notably, this car will also boasts of the Drive Select driving dynamics system, which is capable of varying things like throttle response, suspension settings and shift points, among others. Previously previewed at the 2012 Auto Expo, the S6 will be competing with cars from other bigwigs like Mercedes-Benz and BMW. In competition with Audi S6 are M5 from BMW and the upcoming E63 AMG from Mercedes-Benz.

Previously, Audi had launched the S4, a performance version of the A4, which received good reviews and is available for sale throughout the country. Since the S6 will be coming as a CBU (Complete Built Unit), the expected price of this car is going to be quite high. Last year, the S4 was also launched by Audi with the same strategy.

Jeep Grand Cherokee soon to be launched in India