Audi India, the German premium car maker, is all prepared for the launch of S6 sports car in the domestic auto market. Sources close to the development process stated that the model will be launched on July 12, 2013 amid great buzz. Industry experts are of a view that the new S6 will be high performance version of the A6 sedan. Sources revealed that as Mercedes-Benz uses a moniker of AMG and BMW uses M tag for its performance cars, the brand with four rings uses RS and S tags for such kind of models. 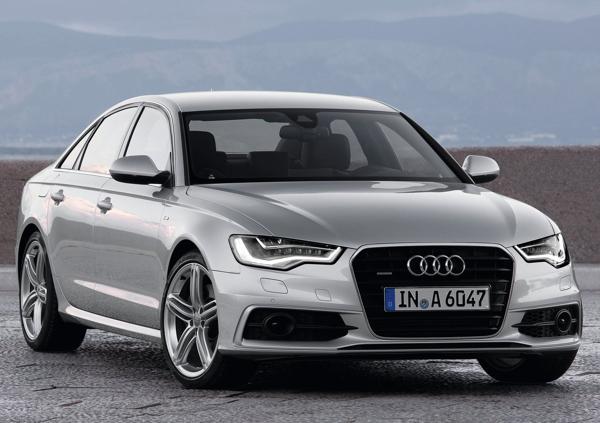 As the name suggests, the model will come equipped with a powerful 4-litre twin turbo V8 TFSI petrol engine, which churns out a maximum power of 420 bhp, along with a highest torque of 550 Nm. As the model has been equipped with a performance oriented engine, it smoothly glides from 0-100 kmph within just 4.8 seconds, clocking a top speed of 250 kmph. The incorporation of V8 TFSI 4-litre engine clearly states the downsizing strategy of the German auto maker in the high performance space.

When compared with the engine of erstwhile A6 sedan, the upcoming model will offer a sportier performance by enhancing its fuel economy by almost 25 per cent. The engine of new S6 has been assimilated to a 7-speed S Tronic DSG gearbox, which will power all its 4-wheels, with the help of Audi Quattro technology. Other key highlights of Audi's new sedan will be a sport differential and carbon ceramic disc brakes, which will be offered as a part of the optional accessories.

Sources close to the development process revealed that the engine of this new car will come mated to 'Cylinder on Demand' technology, which automatically turns off four of the eight cylinders when low load is demanded. Also, features like active noise cancellation system has been also packed within the upcoming car, which automatically records the noise coming from cabin and generates a reverse frequency from the audio unit of the model that cancels all the noise for optimum comfort of passengers. As a part of standard accessory, the model comes equipped with Audi Drive Select system, which allows driver to control the suspension settings, shift points and throttle response.