Audi India, the German premium car maker, has finally introduced its much awaited luxury sports car S6 in the country. With a price tag of Rs. 85.99 lakh (ex-showroom, Delhi),the model has been delivered at all the authorised dealerships of the auto maker. Reportedly, the newly launched S6 happens to be a sporty version of the A6 sedan, which has been already put on sale by the Audi India. As the description suggests, the S6 sedan can smoothly glide from initial to 100 kmph within just 4.6 seconds. 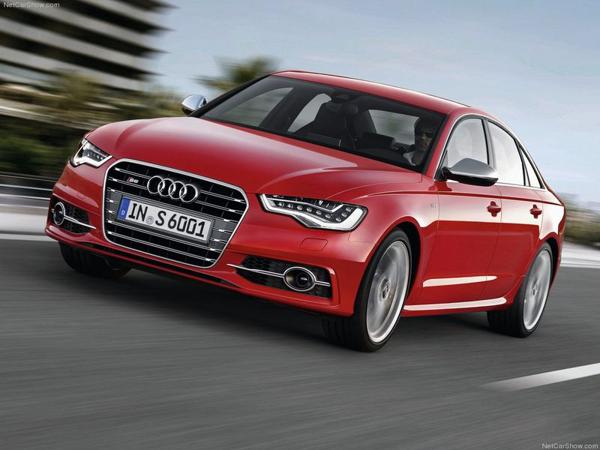 Speaking about the technical configuration of the recently introduced model, the S6 has been powered by a high performance 4-litre V-8 cylinder engine, which churns out a maximum power of 420 bhp with a highest torque of 550 Nm. Along with the Quattro all-wheel drive system for enhanced stability, other key highlights of the new Audi S6 include MMI touch, 7-speed S tronic gearbox, quad exhaust outlets and sport air suspension. It must be noted that the German auto maker has loaded its new model with high end technology, which makes it much heavier than an average sports car such as Audi R8 or Lamborghini Gallardo.

Expressing his views at the launch ceremony, the Head of Audi India, Michael Perschke was quoted as saying, “The S6 redefines the benchmark yet again in its segment, while upholding and building on Audi's sporting legacy. We are now happy to add the Audi S6 to our portfolio after the launch of the new Audi RS 5 Coupe earlier this month. With these launches, I am confident of consolidating our leadership position even further.”

A unique feature in the Audi S6 is its Cylinder-On-Demand (COD) technology through which it automatically shuts down four of eight cylinders, in case they are not demanded. With this feature, the engine of S6 reduces the emission level and ensures an enhanced fuel efficiency. Active noise cancellation is another great feature of this model, which compensates for the interference of noise at its interiors because of engine and in cabin noise.