Audi AG, the German luxury car maker, has reported a growth of 6.4 per cent in its international sales with 137,200 units being sold to buyers in comparison with the figures of year-ago period. These sales figures were mainly driven by the new A3 family and the Sports Utility Vehicles (SUV) of Audi, which have in turn strengthened the position of the auto maker on the international platform. Between January and May 2013, the brand with four rings delivered close to 640,200 units with an increase of 6.7 per cent under the review of year-on-year comparison. 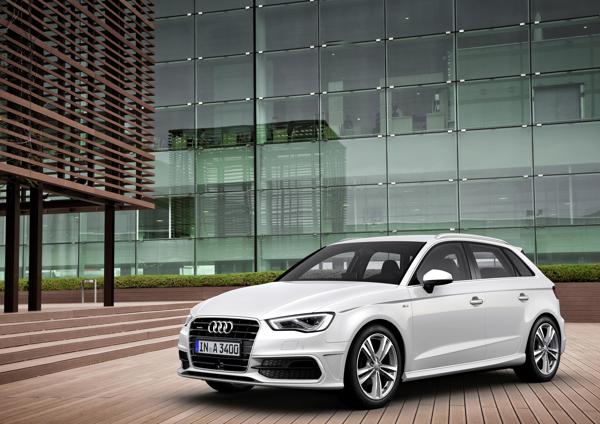 Expressing his views on the sales figures, the Member of the Board of Management for Sales at AUDI AG, Luca de Meo was quoted as saying, “Despite ongoing challenges in the European market, Audi increased global sales in May. Double-digit rates of growth in Asia and the Americas played a crucial role. Business for Audi is especially dynamic in the United States, where we are clearly on course to achieve our sales target of 150,000 units in 2013.”

In May 2013, the demand for Audi vehicles considerably increased in American region with around 18,000 models sold with a growth of 17.9 per cent. The demand for Audi cars increased by 29.9 per cent in South America and 16.7 per cent in North America. The performance of Audi in United States accounted mainly for these sales figures. In US, the auto maker founded 13,228 buyers during the month with a growth of 15 per cent. The sales of A5 sedan were mainly strong with 1,872 units delivered with an increase of 48.1 per cent. During April 2013, the RS 5 Cabriolet came up as the RS 5 Coupe in the A5 family. Reportedly, this model is the second high performance car at the Audi US dealerships.

In Europe, the market conditions were quite challenging, which impacted the total sales of the auto maker. In its home continent, the sales for auto maker stood at around 65,500 units, which marked a dip of 3.4 per cent under year-on-year decrease. The main fall in sales were seen in France with a dip of 11.7 per cent to 4,858 units and Italy with 10.1 per cent decrease to 4,258 units. Considering the situation of Germany, the region accounted for the sales of 23,303 units with a fall of 7.9 per cent in May 2013, under the review of year-ago period. During the month, the demand for Audi cars in Spain remain almost constant with a marginal growth of 0.5 per cent with 3,333 units.

In Russia, the sales increased by 3.3 per cent, amounting to 3,151 units. It must be noted that the auto maker continued to expand in the auto markets of UK with 11,952 units delivered during the month with an increase of 19.3 per cent. The customers of Audi in UK have a penchant for the A1, Q3 and A3 models, which features the auto maker's youngest model, the newly introduced A3 Sportback. With the launch of a new model, the total European sales for the German auto maker during the first five months of the ongoing year stood at 318,600 units, marking a fall of just 0.7 per cent against the figures of corresponding period of last year.

Coming to the Asia Pacific region, the demand for Audi cars also expanded their with double digit growth. During May 2013, the sales increased by 17.5 per cent amounting to 48,900 units. It must be noted that these sales figures were mainly fuelled by the China, wherein the auto maker sold 42,140 units with an increase of 16.2 per cent. In this calender year, the car maker delivered 183,660 units in the country, representing a growth of 14.4 per cent. Along with these, other auto markets also significantly contributed in the sales growth of the Audi in the Asia-Pacific region. The brand with four rings delivered 2,111 models in Japan during May 2013 with a growth of 23.4 per cent, whereas an increase of 28.8 per cent was recorded in South Korea with 1,610 units. In the Indian auto market, Audi reported a growth of 57.4 per cent by delivering 710 models to the buyers.

Chevrolet suspends manufacturing of diesel guise of Sail and Tavera