Audi, the German luxury automotive marque, could unveil its legendary Quattro model in an all-new avatar at this year's Frankfurt Motor Show. The upcoming Quattro is expected to be a limited production product and could perhaps become the company's most expensive offering in its current line-up. The new age Audi Quattro would revive spirit and memories of the 1984 pure rally-bred Quattro Sport model. The German firm could assemble its new sports car on a dedicated line at its Quattro unit in Neckarsulm, Germany. 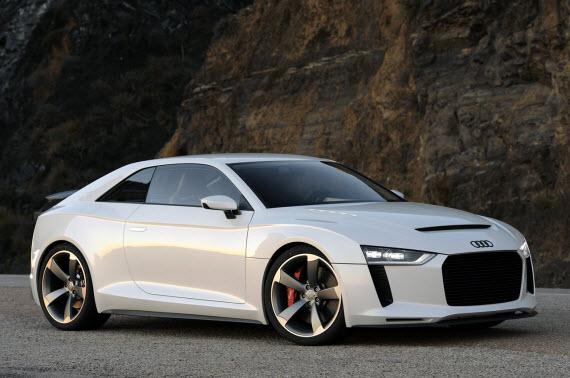 Audi is a subsidiary of the German multinational automotive conglomerate Volkswagen Group. The company revealed intentions of new Quattro for the first time with the unveiling of its concept version three years back at 2010 Paris Motor Show. The yet-to-be launched Quattro model could become the central attraction of Audi's renewed focus on next generation 4-wheel-drive cars. Industry experts believe that the German firm accelerated its plans of bringing the new Quattro, because its main rivals BMW, Mercedes-Benz and Jaguar have started developing more 4-wheel-drive models in their product portfolios.

Audi is yet to come up openly about the commercial version of its Quattro model, which was showcased in 2010. However, sources have suggested that the company's main focus would be on 4-wheel-drive vehicles at the 2013 Frankfurt auto salon. Audi sits high on an immensely distinguished history with its Quattro range of high performance cars. The Quattro concept had a wheelbase of 4280 mm in length but its commercial variant is likely to have an extended wheelbase of 4500 mm, which is quite similar to that of the Audi A5 sedan. The concept unveiled in Paris was powered by a 2.5 litre, 5-cylinder motor rated with a top power output of 408 bhp.

As per industry sources, the production version of upcoming Audi Quattro could come fitted with a twin-turbocharged 4.0 litre V8 monster of an engine that could develop a thumping maximum power output in excess of 600 bhp. As expected the drivetrain is 4-wheel and the engine assembly could come mated to a 7-speed dual-clutch transmission system. The new Audi Quattro is expected to be powerful enough to breach the 100 kmph barrier in less than 4 seconds. That level of performance could be only matched by Audi's R8 super sports car with the V10 engine.